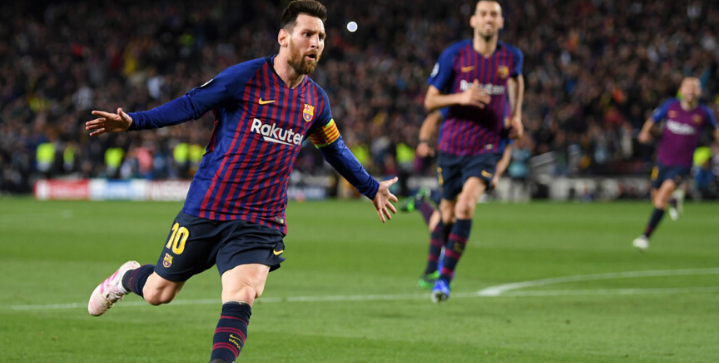 The 7-time Ballon d’Or winner has been ripping apart defenses this entire decade, scoring an all-time La Liga record 392 goals for his Catalan side. He’s scored over 700 goals in all competitions with ten percent of those coming off international duty. On top of the individual accolades, he’s led the Blaugrana to nine domestic league titles, six Copa Del Rey, and four Champions League titles. Here are his top eleven goals for club and country along the way.

In a Copa Del Rey semifinal game against Getafe, a then 19-year-old Lionel Messi dribbles all the way from the other side of the field and through six opponents to score a miraculous solo effort. Messi signaled to the world his official arrival.

In the first leg of the Copa del Rey semifinals, the 19-year-old future goat Leo #Messi takes the ball in Barça's half and blows past Getafe to score one of the most astounding goals ever witnessed. 😳🤯 pic.twitter.com/GmG9mjF1pk

In a La Liga match against Real Zaragoza, Messi plucks the ball from the opposition at the halfway line and dribbles down the field with three opponents slogging behind. He places the ball low into the right corner of the net, his second goal of a hat-trick.

Called one of “the greatest goal of all-time” by his former teammate Xavi Hernandez, Messi dodged five Real Madrid players to score his second of the night against arch-rivals Real Madrid in the first leg of the Champions League semifinal. Barcelona went on to win Champions League against Manchester United in the finals.

With some sublime footwork, Messi jukes Bayern Munich’s Jérôme Boateng to the ground as he scores a second magnificent goal for Barca. Barcelona went on to beat Juventus to win the Champions League, Messi’s fourth.

Lionel Messi is faster dribbling the ball than without. Case and point the Copa Del Rey final that pitted Barcelona against Athletic Bilbao. Just above the halfway line, Messi exploits his diminutive nature to dribble, dart, and swerve past three defenders at once to take the ball all the way to goal.

Messi has scored over 100 goals for the Argentina national team but none more sly than this one. In the first half of his goal-scoring career, Messi scored a wonderful chip past Mexico in the 2007 Copa America Semifinal.

In a 2012 friendly match between Argentina and Brazil, Lionel Messi provides the magic once again with a burst of speed and rocket-shot to confirm his hat-trick.

In a stunning free-kick against the United States in the 2016 Copa America semi-final, Messi bent the ball with unreal precision to send it over goalie Brad Guzan into the goal.

The quick-thinking Messi saw a flummoxed Atletico Madrid defense and put the ball right where he intended: the top right corner. The arch of the ball as it crosses fields is a thing of beauty, something Thibaut Courtois would like to forget.

Most players ponder the opportunity to draw the penalty in the box. But not Lionel Messi. He’d rather take a few hits and dribble around his opponents to snag a goal in the game of play. His first of three goals in the game against Valencia is simply a thing of magic.

In the usual Messi solo goal hunt, he takes on five players to notch a goal against La Liga side Osasuna. Game, set, match.