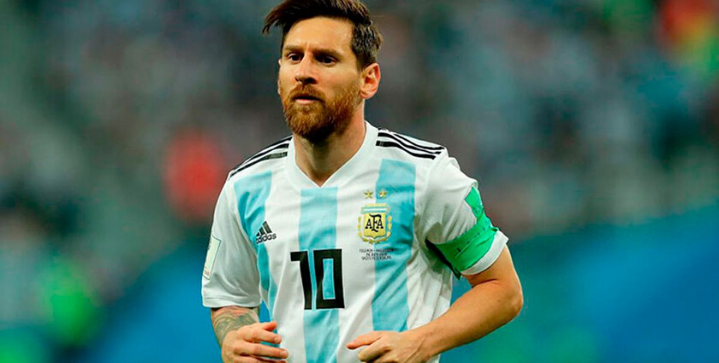 With over 600 goals in all competitions for club and country, Lionel Messi knows how to score a goal or two. The 5-time Ballon d’Or winner has been ripping apart defenses this entire decade, helping lead the Blaugrana to nine domestic league titles, six Copa Del Rey, and four Champions League titles. And while his experience playing for Argentina has seen its ups and downs — he lost the World Cup to Germany in 2014 — he’s still managed to score 65 goals for La Albiceleste in 128 appearances. Here we recap his top eleven goals of Messi’s international career.

In a stunning free-kick against the United States in the 2016 Copa America semi-final, Messi bent the ball with unreal precision to send it over goalie Brad Guzan into the goal.

In a World Cup qualifier against Colombia, Messi delivered yet another superb free-kick that left goalie David Ospina diving for nothing but air.

How many times is Messi going to take at the start of the opponent’s halfway line and run it all the way to goal? In a group stage game in the World Cup 2014 against Bosnia-Herzegovina, he does just that. After Messi starts up the field with the ball, he sends it off to a teammate for a quick give-and-go before he gets it back to juke four players before netting the goal.

In one of his clutch performances for the national side, Messi bangs home a winner against Iran in stoppage time in the group stages of the World Cup in Brazil. Magic.

A hat-trick against Ecuador in the 2017 World Cup Qualifiers guaranteed Argentina’s spot in the 2018 World Cup. Messi’s third goal was exquisite — with a quick juke and dash at three players, he chips over the goalie’s head and into the back of the net.

With assured confidence, Messi chips in a majestic goal over Mexico’s keeper to put his team ahead two-nil in the semifinals of the 2007 Copa America.

Argentina advanced to the Round of 16 in World Cup 2018 with one of the most remarkable goals from Lionel Messi. After receiving a 50-yard pass from a teammate, he adroitly traps and takes a nifty touch to the advance the ball ahead of him before he nails into the back of the net.

In a World Cup qualifying match against Colombia, Messi sends a powerful and curving free-kick beyond the goalie’s reach and kisses the top goal post before bouncing in.

If Lionel Messi lives by an adage, it’s that he refuses to go down. In a friendly match against Brazil, he’s clearly tripped up but keeps on pushing up the field to bag the game-winner in injury time.

Don’t ever tell Messi it was just a friendly. In a match against Brazil, he takes the ball at the opponent’s halfway line, dashes all the way down the field, and smashes home the game-winner for Argentina.

In 2015 friendly match against Mexico, Messi sends in another wonder goal. This time, he chest-traps a run-on pass from teammate Sergio Aguero before volleying the ball through the keeper’s legs and into the back of the net.

Dembele cleared to return to Barcelona squad ahead of Villarreal