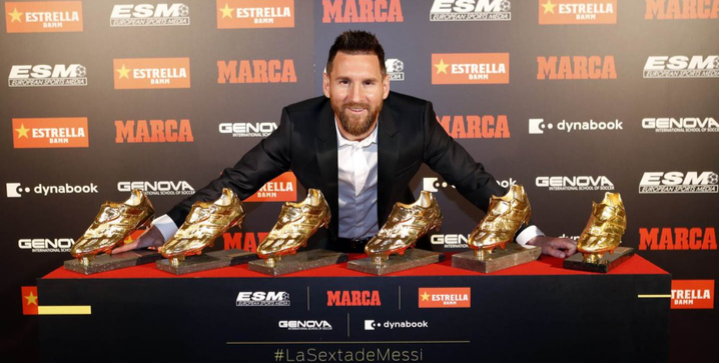 Lionel Messi picked up his record-breaking 6th Golden Shoe today, making it his third one in a row.

He’s the only player in history who has more than four. His closest competitor, Cristiano Ronaldo, has four. He’s also the only player to win the prize in three consecutive seasons.

“I want to thank my family, the board and my teammates,” Messi said.

“Thanks especially to Luis and Jordi, who are two of the big reasons I have been able to win this sixth Golden Shoe.

“But even though I am here with the trophy, this is recognition for the whole dressing room. Thank you!”

October 16, also marks the day that 17-year-old Messi made his debut for Barcelona versus Espanyol 15 years ago.

Messi has just one goal and two assists so far this season due to limited playing time because of multiple injuries. But the legend feels that his rhythm will soon come back. Could Messi make it a 7th Golden Shoe?

Alisson Becker is set to return to full training on Sunday