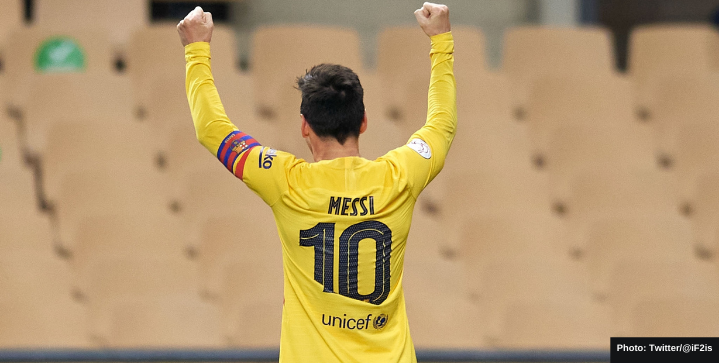 Lionel Messi is set to become a free agent after his contract expires at midnight tonight. However, Barcelona remain confident in agreeing to a new long-term contract with the superstar.

Messi revealed last April his intention to extend his stay at Camp Nou. All parties are working to tie up the final details of the contract with the goal of making the announcement as soon as possible.

Messi to remain in the Blaugrana shirt

It seems nearly impossible to imagine Messi in any other shirt then the Blaugrana.

“Messi is a one-club player, deeply rooted at Barça,” said club President Joan Laporta. “I’m convinced that he wants to stay and we’ll do everything we can to keep him.”

Unquestionably one of the game’s greats, Messi has helped the Catalan side to 34 trophies including 10 La Liga titles and 4 Champions League trophies. He’s also racked up a record-setting six Ballon D’or awards.

“I don’t want it to be Messi’s last Clasico,” Zidane told reporters ahead of last season’s clash between the La Liga rivals.

“I hope he stays at Barcelona. He’s good there. It’s good that he stays for La Liga.”

Even Manchester City boss Pep Guardiola who was previously tipped to bring the star to the Etihad, would prefer that Messi stay home for the sake of the club: “I hope Leo ends his career at Barcelona because he won’t find a better club. What must be done as Cruyff once said, is to return to your roots that made Barca a special club.”

Messi is expected to sign a decade-long $292 million deal with Barcelona that allows him to play with Barcelona another two years before retiring from Europe and going to the MLS to sign for Inter Miami.

Beckham’s side have been linked with Messi for some time — the player bought an entire floor of a luxury Miami condo for more than $7 million earlier this year.

After Messi’s official retirement, he’ll return to Barcelona to fulfill the rest of his contract as the club’s ambassador.

So Barcelona fans and neutrals can finally calm down and take a chill pill – Messi is not going anywhere.