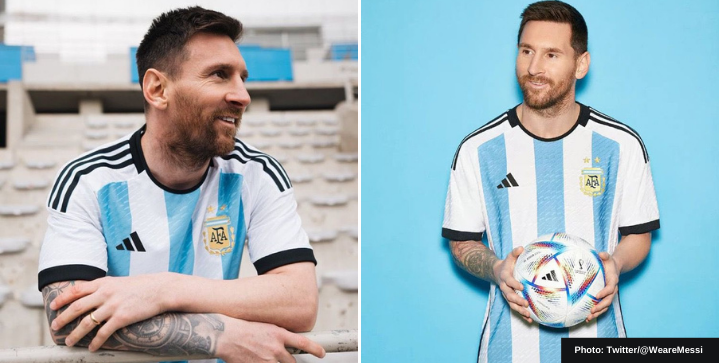 Argentina have dropped their home shirt for the 2022 Qatar World Cup.

The kit adopts the template of the 2014 World Cup shirt, minus the V-neck, which featured a black trim on the collar and sleeves with black Adidas stripes.

The new kit also takes the large text and number elements of the 2006 kit.

A familiar yet distinct albiceleste look

But what’s unique about the 2022 Qatar jersey are the two thinner light blue stripes on the back flanked by two wider ones to match the traditional albiceleste of the front.

The Sol de Mayo, the national emblem of Argentina, also displays on the back of the round neck to evoke the flag.

At first glance, the kit may look the same as when Maradona played, but its subtle touches make it stand out on its own.

Will Messi lift the World Cup in this kit?