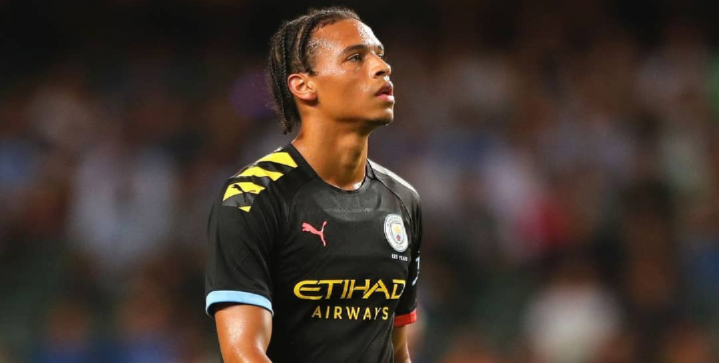 According to Kicker Magazine, Leroy Sane has agreed to transfer to the Bavarian giants for a €100 million fee, making the move the biggest in Bundesliga history.

Bayern Munich were the first to deny the confirmation on Twitter, however, saying that the report does not “correspond to the facts.”

News reports made today stating that Leroy Sané has decided to join FC Bayern do not correspond to the facts.

The highly touted 23-year-old has been a sensation at Manchester City where he moved from Schalke for a £37 million fee in 2016.

Sane won the PFA Young Player of the Year award in the 2017/18 season. He also provided more Premier League assists than any other player since the start of the 2017-18 season (25) and has 45 assists and 39 goals in all 132 appearances.

However, most of the player’s appearances have come off the bench.

Man City boss Pep Guardiola refuses to start Sane in big matches, a quandary to all including the City faithful. But Guardiola still wants to keep him for the upcoming season.

“I only want players who want to be here, but the player didn’t tell me anything,” said Pep Guardiola. “We want him to stay here, that’s why we offered a contract. We were quite close a few months ago, but now it is a little bit different.”

With both Ribery and Robben making their Bayern exits this summer, there is little doubt the German would be a consistent starter for the FCB.

“We all know that Leroy Sane is our dream player,” said Bayern Munich manager Niko Kovac last week.  “Our leadership is very engaged in the situation there,” he added. “I’m confident and assume that we will get him”.

But first Bayern have to prepare at least a €100 million offer for the starlet, with sporting director Hasan Salihamidžić leading negotiations for the club.

If Sane goes, City will have a week to find his replacement before the transfer window closes. Real Sociedad vice-captain Mikel Oyarzabal is one player lined up as Sane’s replacement.

The clock is ticking for all parties with the summer transfer window for the Premier league closing on Thursday 8th August at 5pm.