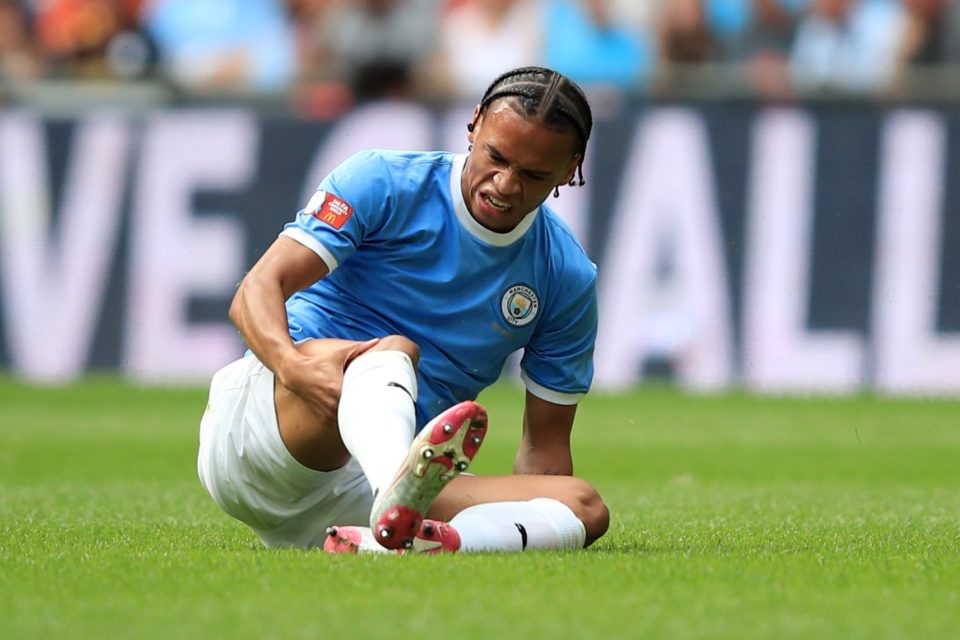 Pep Guardiola has confirmed that Leroy Sane may sit out the first seven months of the season to recover from a damaged ACL in his right knee.

The 23-year-old winger picked up the ligament damage in Sunday’s Community Shield against Liverpool. The injury requires surgery.

“I don’t know how long he will be out. Normally this kind of injury is six or seven months – hopefully February or March.”

Is the Bayern Munich deal off the table?

Sane’s injury puts a dent in Bayern Munich’s transfer plans — the Bavarian side felt confident in signing the wantaway German in the summer transfer window to replace the departed Ribery and Robben. That deal appears in jeopardy, for now.

Guardiola wants to keep the playmaker despite his unwillingness to start Sane with more consistency – a majority of Sane’s 132 appearances have come off the bench.

Sane’s absence pins a serious setback for Guardiola’s side who could’ve benefitted from the player’s efficiency. Sane has provided more Premier League assists than any other player since the start of the 2017-18 season (25).