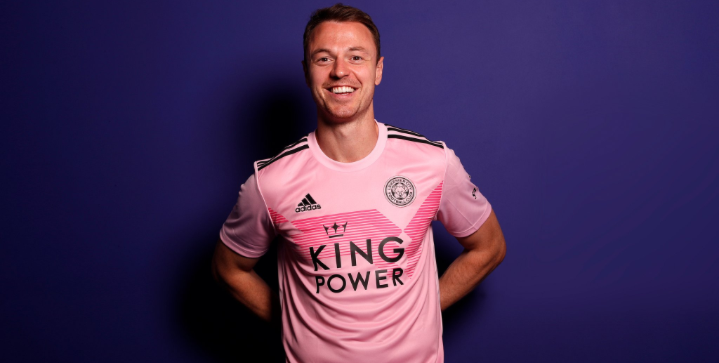 Leicester City unveiled the team’s two away kits for the upcoming 2019/20 season.

Produced by Adidas, the third shirt looks eerily similar to the German national team’s kit with stripes dawning the shoulders and chest along with the standard neckline. The woven crest is all black as well. However, the pop of bubblegum pink is the obvious differentiator.

Fan sentiment seems to split on the ‘true pink‘ kit.

The alternative away shirt is dark grey colorway. It too adopts an enlarged KING POWER sponsor font but sticks with the same shaded badge as the blue home kit. Unlike the simple crew neck on the pink and home jersey, this kit features a V-neck with white lining.

With designs like these, no wonder Foxes fans can hardly wait to see Arjen Robben suit up next season.

It’s been a week of kit releases. If you missed it, AS Roma dropped a lightning Roman mythology shirt, Ajax went green, and Manchester United readopted its 1998/99 treble-winning crest.