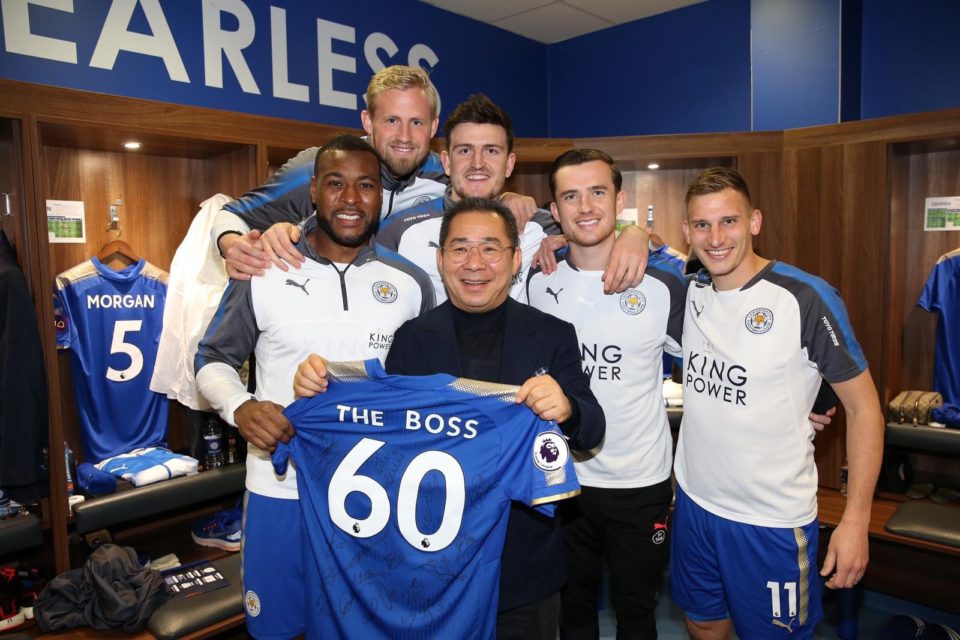 The Thai businessman died in a tragic helicopter crash outside King Power Stadium last October. He was one of five fatalities in the accident.

Always in our hearts ???? pic.twitter.com/nYLG4V7EiR

Today would have marked the 61st birthday of our beloved chairman. What this great man did for this club and this city and for football in general will never be forgotten. Thinking of his family today ???? pic.twitter.com/09yo3lGG1J

Happy birthday boss. We will never forget you as a person and what you did for @LCFC . #ForeverInOurHearts pic.twitter.com/kBZb9JxLS9

The club handed out free beer and cupcakes at last Saturday’s home match to commemorate the owner’s first birthday since his death, including a special round of applause in the game’s 61st-minute.

LFC is also working on a monument to pay tribute to the owner who spearheaded the club’s remarkable Premier League winning campaign in the 2015-2016 season. The city of Leicester wants to install another statue of two elephants to recognize the Thai owner’s contribution to the town.