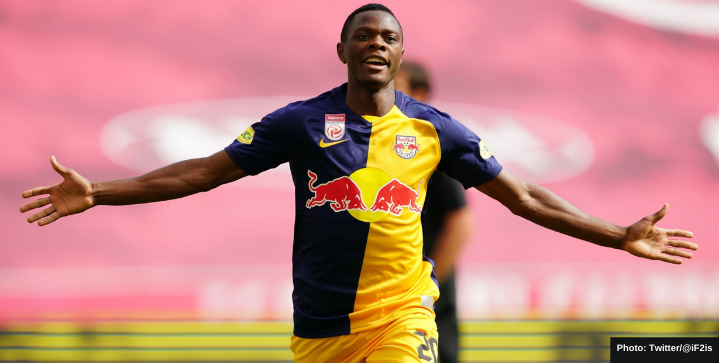 Leicester City are finalizing the paperwork for the £23m transfer of Patson Daka from RB Salzburg.

The Foxes view the 22-year-old forward as Jamie Vardy’s future replacement. Daka is a player that likes to play on the last defender’s shoulder and knows how to exploit that extra yard in the box before finishing.

All in all, He’s notched 68 goals total and provided 27 assists in 125 matches for Salzburg, making him directly involved in a goal every 74 minutes.

The Zambian international has been linked with Liverpool, Chelsea, and RB Leipzig the past few weeks. But Daka prefers a move to King Power Stadium. Brendan Rodgers hopes that a player of Daka’s caliber can help fire the Foxes back into the Champions League.

Leicester City are not messing around this summer transfer window — they are working to nail down France U21-international midfielder Boubakary Soumaré as well. He recently won Ligue 1 with Lille.