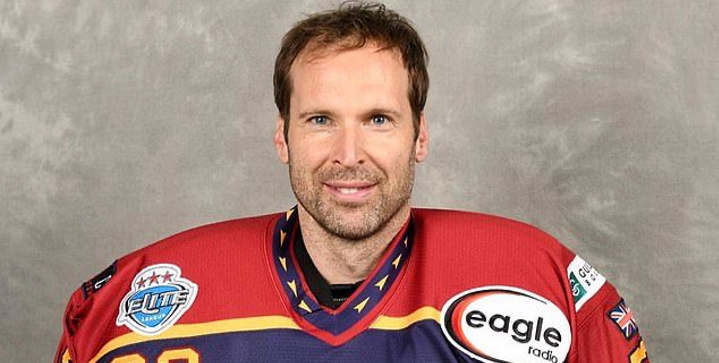 Former Chelsea and Arsenal goalie Petr Čech has signed with English hockey club Guildford Phoenix and will make his debut as a goaltender this Sunday.

The 37-year-old Čech retired from professional football last season, having finished his career with Arsenal. He took up a job with The Blues as a technical and performance advisor back in June.

“I am delighted to have the opportunity to play with the Phoenix to get the match experience,” said Cech.

“I hope I can help this young team achieve their goals for the season and try to win as many games as possible when I have the chance to play.

“After 20 years of professional football, this is going to be a wonderful experience for me to play the game I loved to watch and play as a kid.”

The Phoenix head coach Andy Hemmings reiterated Cech’s excitement, saying, “The signing of Petr is massive for the Phoenix. He is a great guy who trains hard and I cannot wait to see him make his debut.”

From the pitch to the rink

Cech, of course, was a legend between on the pitch where he earned 202 clean sheets in his 15 years in the Premier League.

He helped Chelsea win the 2011-12 Champions League, along with four league titles, four FA Cups (including one with Arsenal), and three League Cups.

We wish him good luck in the rink!

The Twitter feud between Coleen Rooney and Rebekah Vardy explained