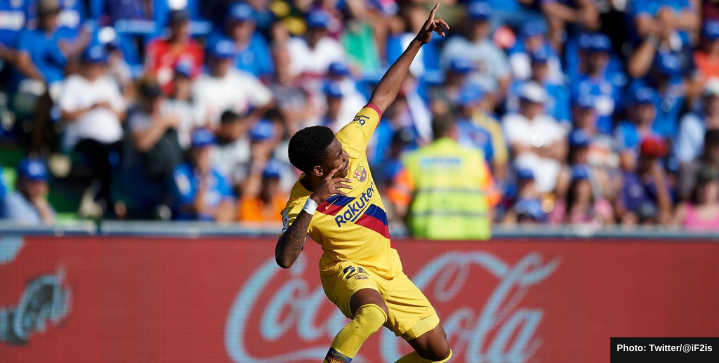 Leeds United have reached an agreement to sign Barcelona defender Junior Firpo in a €15m transfer. The Whites beat out West Ham, Southampton, Inter and AC Milan for the player’s signature.

The 24-year-old Spanish international is expected to ink a five-year deal with the Peacocks until 2026. Firpo fits the attacking mold of Marcelo Bielsa’s side — the left-back scored 7 times and made 9 assists in his 62 appearances for the Blaugrana.

He featured in 5 consecutive Champions League wins for Barca in the 20/21 season.

Firpo moved to Camp Nou from Real Betis in the summer of 2019 but has taken a secondary role behind Koeman’s preferred starter, Jordi Alba.

The West Yorkshire club want to continue their momentum in the Premier League where they finished 9th last season, just 3 points out of European qualification last season. Leeds won the 2019/20 Championship under Bielsa.