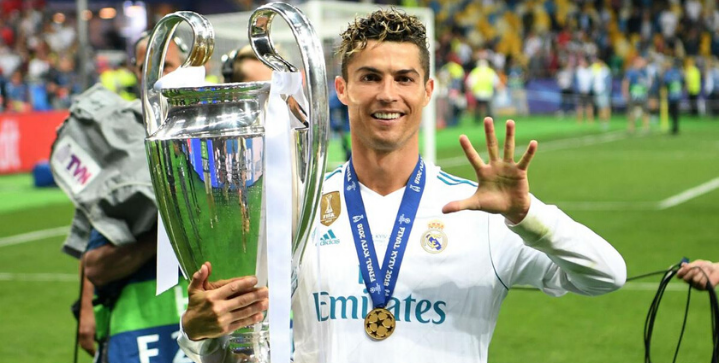 The predominance of Barcelona and Real Madrid continued well into the 2010s, led by no other than Messi and Ronaldo. But never to be forgotten are the cast of characters who also starred on those teams. Here are our top eleven La Liga players from the 2010s.

Torching all opposition with his technique, spins, and speed, Lionel Messi has recorded scored a remarkable 387 goals (most ever in La Liga) for the Catalan side, in addition to 150 assists. He’s also tied in a record-setting five Ballon d’Ors and led the stripes to nine domestic league titles, six Copa Del Rey, and four champions league titles.

With three seasons as the Atleti goalie, the 6’6 Belgian Thibaut Courtois morphed into one of the best shot-stoppers in football. On loan from Chelsea while Petr Čech wrapped up his Blues career, Courtois helped Atleti win the Europa League in 2012, the League Cup the following year, and La Liga in 2014. However, he lost the Champions League final to Real Madrid in 2014, the team he signed up for in 2018.

Andrés Iniesta is often considered one of the greatest midfielders of all time. The versatile and inventive midfielder played an essential role in the Catalan side that won the treble in 2009 and 2015. His whopping 33 trophies over 16 years in the first team include 9 La Liga titles and 4 Champions League. He received runner-up to Messi in the 2010 Ballon d’Or.

An inspiring leader and hard worker at the high back, Carles Puyol captained the Barca side for a decade, winning six La Liga titles and 3 Champions League trophies. On a team of superstars, he may not have been the flashiest player but he was the most committed, spreading a contagious winning attitude.

The Brazilian right-back Dani Alves won 24 different trophies in his 8 years at Nou Camp, including the treble in his first season. Recognized for his technical skills and pace, he’d add to his trophy collection a total of 3 Champions League titles, 6 League titles, 4 Spanish Cups, 5 Spanish Super Cups, and 4 UEFA Supercups.

The Frenchman has been instrumental in Atletico’s success the last three seasons, scoring 114 goals in 217 appearances for Atlético. Winner of the 2018 Europa League, he’s also been named the best La Liga player in 2016, a year which also saw him nominated for the Ballon d’Or award. The World Cup winner inked another deal with the club for €20 million a year in June 2018 and looks to have another breakout season.

The comprehensive midfielder has played his entire professional 8-year career with Barcelona. His ability to read the game combined with his pace has contributed to the team’s 3 Champions League titles, 7 La Liga titles, and 6 Spanish cups.

Ramos succeeded Iker Casillas as Real Madrid captain in 2015, helping guide Los Blancos to four of the five last Champions League victories. Love him or hate him for the occasionally stepping over the line, he has been remarkably consistent at the top level for 14 years, also scoring crucial goals.

Part of the Real Madrid team since the age of 9, the Spanish goalie Iker Casillas spent 16 years with the first team where he won three Champions League titles. Known for his acrobatic and quick reflexes, Casillas went on to make 725 appearances with Real Madrid where he loaded up the trophy case with five Spanish League championships, four Spanish Super Cups, two Copa Del Rey’s and two UEFA Super Cups.

Known for his exquisite first touch, the Brazilian left-back has spent the past 11 seasons at the Bernabeu. A four-time Champions League winner and La Liga champion, he’s also won two Copa Del Rey’s.