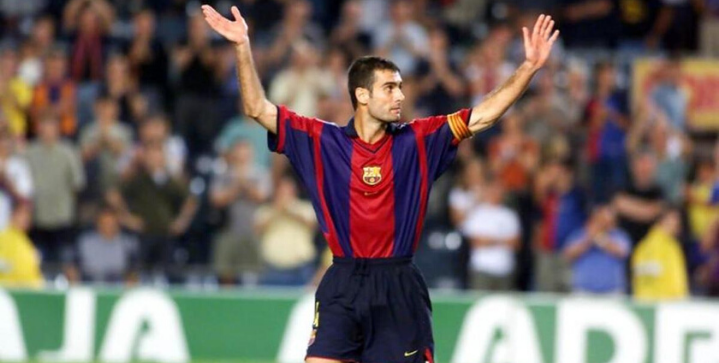 John Cruyff’s Total Football philosophy of ball possession helped Barcelona dominate La Liga in the early 1990s. Coach Cruyff’s Barcelona Dream Team included players from both the La Masia (the youth academy he set up) and international stars. To no one’s surprise, most of the students from the Cruyffian school of football make this list.

Signed in 1989 to play a part of Cruyff’s “Dream Team,” the defender scored an incredible 102 goals in his six seasons at Barca, most notably the set-piece goal that won the team’s first European Cup in 1992. The Dutchman’s powerful right boot helped lead the team to five Spanish Championships, three Spanish Super Cups, and a Spanish Cup. Koeman still holds the La Liga record for 25 consecutive penalties scored.

Known for his hard tackling, the defensive midfielder Fernando Hierro helped power the back of the Real Madrid side for over 14 years, obtaining three Champions League and five La Liga titles.

The Italian scored 24 goals in 24 domestic appearances for the Atlético. Averaging a goal a game, the striker nonetheless cut short his tenure and moved back to the Serie A for financial reasons.

One of Chile’s most talented exports, Iván Zamorano played for both Sevilla and Real Madrid in the 1990s. While he scored 23 goals in 63 appearances for Sevilla, he bagged 101 goals for Real Madrid over 173 games. At Real, he won La Liga, Copa del Rey, and a Spanish Supercup title.

The crafter winger played 5 years with Barcelona where he teamed up with the likes of Ronaldo and Patrick Kluivert to win two La Liga titles, two Copa del Rey, a Spanish Super Cup, and a UEFA Super Cup and Cup Winner’s Cup. He scored 45 goals in 249 appearances.

The long-legged forward joined Barcelona in 1997 where he scored 109 goals over 5 seasons, none more magnificent than the bicycle kick that completed his hat-trick against Valencia and got Barcelona into Champions League. Winner of back to back La Liga titles in 98 and 99, where he was the league’s top scorer, Rivaldo won FIFA Player of the year and the Ballon d’Or in 1999.