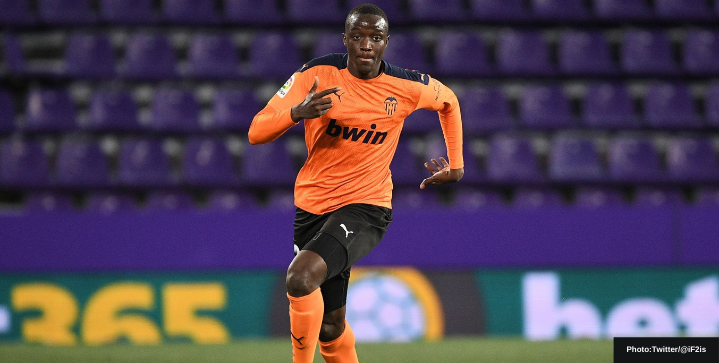 La Liga say that they have found zero evidence to support the allegation that Cadiz player Juan Cala directed a racist slur towards Valencia’s Mouctar Diakhaby.

After nearly a week of video and audio review including the assistance of lip reading specialists — La Liga have announced that they will not bring any charges against Cala for the incident.

“La Liga has notified to the clubs involved and to the corresponding authorities the result of the investigations carried out to resolve what happened between the Cadiz CF and Valencia CF players,” reads a La Liga statement.

“After the analysis of the elements, it is concluded that no evidence has been found in any of the available media in La Liga that the player Juan Torres Ruiz [Juan Cala] insulted Mouctar Diakhaby in the terms denounced.”

Valencia’s players walked off the pitch during their La Liga game with Cadiz on Sunday after Mouctar Diakhaby claimed he was racially abused by an opponent.

The team ultimately returned to the pitch while Diakhaby watched the end of the game from the stands.

According to a video Diakhaby shared on Twitter, Juan Cala called him “Negro de Mierda” which translates to “shitty black.”

Cala vehemently denied the claims on Tuesday, arguing there is no evidence to support the “media circus” against him. Cala also said that he’d take legal action against Valencia president, Anil Murthy, for smearing the player’s reputation.

“Cala has missed a great opportunity to accept his mistake and apologise to the player affected,” Valencia CF said in its statement. “Instead of doing this, he attacked both Diakhaby and other members of Valencia CF.”

“The fact that no evidence has been found does not mean that it didn’t happen,” the club added.

The Royal Spanish Football Federation’s is still looking into the matter despite La Liga’s lack of findings.