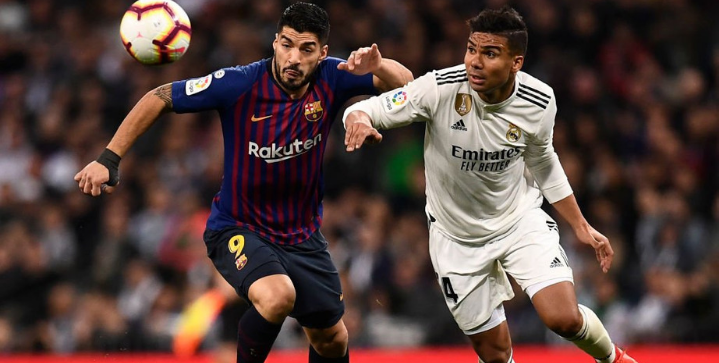 After much deliberation over the season’s first El Clásico, the date and time has finally been confirmed.

The kick-off between Barcelona and Real Madrid has officially been rescheduled for December 18 at 8 PM CET.

La Liga officials asked the competition committee, the Spanish Football Federation (RFEF), last October to switch the game to Santiago Bernabeu due to the political unrest in Barcelona.

The chaos in Barcelona is a reaction to the jailing of nine Catalan separatist leaders for the involvement in an October 2017 referendum to separate Catalan from Spain. Protestors have blocked Barcelona’s airport and set fire on cars in the streets while clashing with police.

“We have requested the competitions committee of the Spanish Football Federation to meet and change the location of El Clásico to Madrid because of exceptional circumstances beyond our control,” a La Liga spokesperson told CNN on October 16th.

However, both clubs rejected the proposal with the suggestion that the game still be played at Camp Nou at a later date. Barcelona suggested December 18, which the RFEF has since agreed to.

The Spanish Football Federation issued the following statement about the newly established date.

“The competition committee of the Royal Spanish Football Federation has agreed today to set December 18 as the date of the FC Barcelona v Real Madrid CF match… which was to be held on October 26 and was postponed due to exceptional causes.

“The decision of the competition committee has come after analyzing in recent days the proposals of both clubs, which were invited to agree on a date and which have agreed on December 18 for the celebration of the postponed match.”

La Liga initially contested the December 18 date and demanded that the game happens on a weekend date, December 7, to the premier match could reach the widest audience.

The league said that it “does not agree with the decision of the RFEF to set the date of the Clasico on Dec. 18,” adding that they are “studying the documentation to decide whether to appeal it, against whom, and before what bodies.”

However, the league tweeted their acceptance of the new date on Wednesday.

Barcelona and Real Madrid are tied in La Liga with 25 points each with the Blaugrana up only by goal difference.

11 of the Best Managers That Were Also Top Players