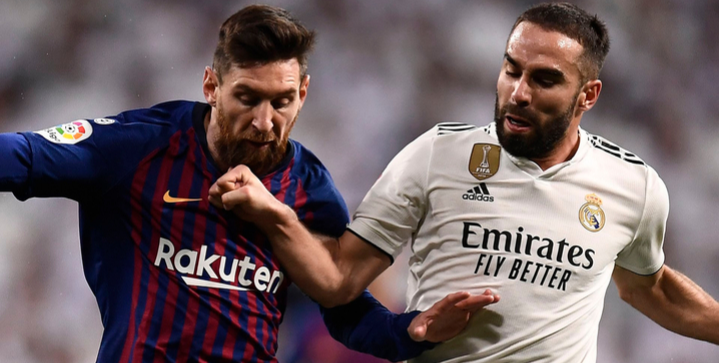 With ten days to go to the season’s first El Clasico, La Liga officials have suggested moving the game from Camp Nou to the Santiago Bernabeu.

The current civil unrest caused by the ongoing political protests across Catalonia have forced the Spanish Football Federation (RFEF) to ponder the switch in venue.

Nine Catalan separatist leaders were jailed on Monday by Spain’s Supreme Court for their involvement in October 2017’s referendum to separate from Spain.

Final decision to be made on Wednesday

Should the game occur in Madrid, the reverse match will be scheduled in Barcelona for March 1 next year.

“We have requested the competitions committee of the Spanish Football Federation to meet and change the location of El Clásico to Madrid because of exceptional circumstances beyond our control,” a La Liga spokesperson told CNN.

FC Barcelona issued a statement, saying that “Now more than ever, the club asks all political leaders to lead a process of dialogue and negotiation to resolve this conflict, which should also allow for the release of convicted civic and political leaders. FC Barcelona also expresses all its support and solidarity to the families of those who are deprived of their freedom.”

According to Marca, both teams oppose the proposed stadium switch. However, the RFEF voting committee will make the final decision later today.