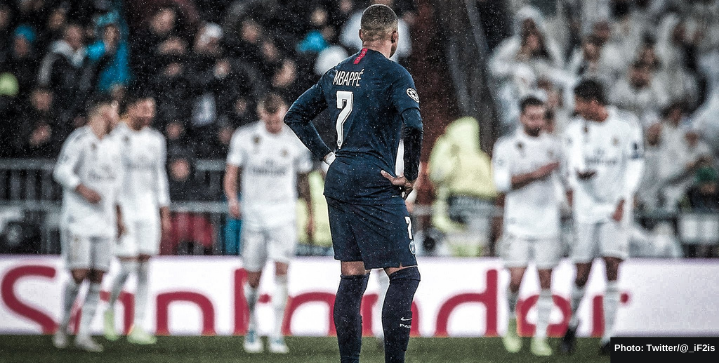 “He wanted a competitive team, and I think we have got the most competitive in the world. So there is no excuse for him now. He can’t do anything else but stay,” said Al-Khelaifi at a press conference midweek.

PSG signed Lionel Messi to a 2-year contract on Tuesday with the option for a third year. Messi becomes PSG’s 5th major signing of the summer, in what’s been hailed as the best transfer window in football history.

Messi can hardly wait to play with Mbappe and Neymar.

“I am very happy, it is really crazy,” said Messi in his first PSG press conference.

“The team is incredible and I really want to train and compete now because I am going to be playing with the best players. It is an incredible experience.”

All eyes on Mbappe

Messi’s arrival put all eyes on Kylian Mbappe, who’s been linked with a move to Real Madrid this summer.

Sources indicate that Mbappe asked to leave Paris as soon as the Argentine’s deal neared conclusion. Mbappe, whose contract expires at the end of this season, has yet to sign an extended deal at Parc des Princes.

“Our talks with Kylian and his family are private,” Al Khelaifi told Le Parisien.

“Kylian is very happy with Messi’s arrival. There are no problems. Mbappé wants a great team, he has everything to stay here. I said: there is no excuse to leave.”

Mbappe dreams of winning the Champions League. He may be in his best position now to do so. However, not everyone is convinced that his negotiations with Real Madrid are dead. After all, the Frenchman is admittedly more of a Cristiano Ronaldo fan.