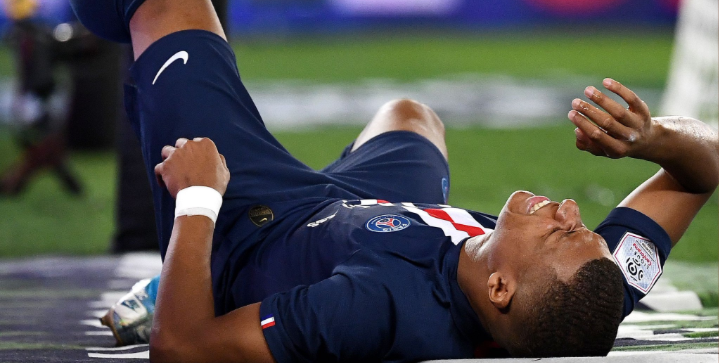 PSG star Kylian Mbappe will be out of action for 3-4 weeks after injuring his left thigh in a match against Toulouse on Sunday. It’s been revealed as a thigh tear injury.

The 20-year-old Frenchman clutched his back leg after a sprint down the left-wing, limping off the field in the 62nd minute.

Mbappe has been a force to be reckoned in Ligue 1 with 63 goals and 25 assists in 100 appearances.

Not what PSG fans want to see.

Mbappe grimacing as he clutches his left hamstring. pic.twitter.com/ZSNUuySqXt

Injuries keep piling up for the French side. Edinson Cavani also left the game against Toulouse with a muscle problem. The Uruguayan will be out three weeks with an adductor injury.

Keep in mind that PSG is also dealing with the continued transfer saga over Neymar. With both Mbappe and Cavani hurt, coach Thomas Tuchel may be compelled to start the Brazilian forward next game despite the fragile transfer situation.

PSG opens up its Champions League campaign in the group game on September 17. While Cavani could be back in time, both Mbappe and Neymar will be sitting out.

The Brazilian must serve a 3 game suspension for criticizing officials on Instagram in PSG’s shock loss to Manchester United last March in the Round of 16.