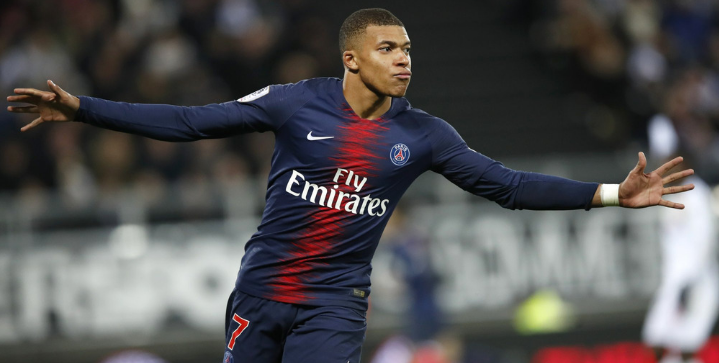 After winning the Young Player award along with Player of the Season last May, Kylian Mbappe dropped a hint on his whereabouts next season.

“I have discovered a lot of things here [at PSG] and I feel that it is perhaps time for greater responsibility,” he said. “I hope that it will be with PSG, which would be with great pleasure, or maybe elsewhere.”

Mbappe has since proclaimed that he will not renew his contract at PSG regardless of how much cash they offer him. In an interview with ESPN UK in June, he once again stressed his importance of winning Champions League over individual accolades.

Is Mbappe too big for Ligue 1 and PSG?

The French forward enjoyed another standout season at PSG, notching 40 goals including 32 in 28 Ligue 1 matches — he finished the season just four goals behind Lionel Messi (36) in the race for the Golden Boot. He’s also the first French player to score at least 32 goals since Philippe Gondet 53 years ago.

But his team lost in the first knockout round of the Champions League for the third consecutive year, this time around to Manchester United. Despite all the money the French giants spend on big names, the sums never add up to any European trophies.

Mbappe is in high demand and would make a key acquisition for Zinedine Zidane’s Real Madrid. Zizou expressed his admiration for his fellow 20-year-old countryman, saying, “Like any good player, I would be happy to coach him.”

Is Mbappe destined to join Zidane at the Bernabeu? Mbappe surely got his message across. “If I say more, I think that it will be going too far,” he reiterated, “I said what I had to say at the ceremony.”

According to prior PSG coach Unai Emery who signed Mbappe from Monaco in 2017, the player’s heart has always been in Madrid:

“I spoke to him and to his father about him coming to PSG, because he wanted to choose Madrid. He was clear. There was also the option of Barcelona, but we succeeded in getting him to come, telling him it was a project of France.”