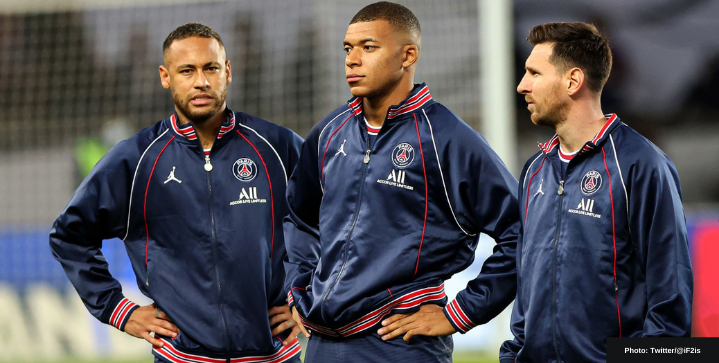 Kylian Mbappe’s mother and agent, Fayza Lamari, is said to be making progress in her talks with PSG over a contract renewal for her son. The negotiations come a day after Mbappe admitted to wanting to leave last summer for Real Madrid.

“My ambition was clear this summer. I am attached to PSG. If I had left this summer, it would have ONLY been for Real Madrid,” Mbappe told L’Équipe. Mbappe was heavily linked with a move to the Santiago Bernabeu this summer but PSG rejected Madrid’s $236 million bid.

Lamari confirmed Mbappe’s summer plans before continuing extension talks with Paris. “Kylian’s father wanted him to STAY at PSG, and me and his lawyer wanted him to LEAVE,” she told L’Équipe. “But none of us decides. It’s up to him.”

Based on the latest activity, it appears that Mbappe is ready to end the transfer speculation and show his allegiance to PSG. But don’t tell Madrid, as they are not giving up on the 22-year-old. Madrid president Florentino Perez remains hopeful that something can be resolved in the January transfer window, a comment he’s come to clarify today.

“My words about Mbappé have been misinterpreted. What I said is that we have to wait until next year to have news – always with respect to PSG with whom we have good relations,” said Perez.

Still, others think it’s just a matter of time before Mbappe laces them up with La Liga giants.

“Kylian Mbappé will join Real Madrid one day, I’m sure. I don’t know when, but he’ll come, it’s only a matter of time. He said it himself…,” said Los Blancos star striker Karim Benzema.

At the moment, Mbappe remains a PSG player who is noticeably honored to play alongside Lionel Messi.

Revealed Lamari: “Kylian is very happy with Messi’s arrival. Last week he even asked him for his shirt. Kylian will be able to tell his children later that he played against Cristiano and with Neymar and Messi, his childhood idols.”