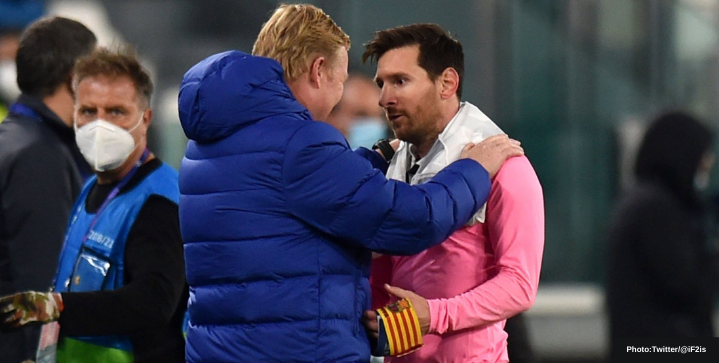 Barcelona have announced that Ronald Koeman is going to stay on as coach for another season.

The Spanish giants signed the Dutch manager to a two-year contract in August of 2020. But that was under then club president Josep Maria Bartomeu.

The club’s new president Joan Laporta now appears to be open to Koeman’s extended stay despite some initial reluctance. And the agreement is imminent, with official confirmation to come by the end of the week.

“I already said that we were opening a period of reflection for Koeman,” Laporta told reporters earlier this week.

“We have to evaluate what has gone well and what has not gone well last season. We needed this quiet period and, in a week, or ten days we will meet again, but there are talks.

“The talks are going very well. The period of reflection was necessary.”

Koeman gets one more season

Barcelona hired Koeman last summer to take over from Quique Setien. Despite all the chaos at Camp Nou during the year — Messi’s contract, Luis Suarez’s departure, the ousting of Bartomeu, the Super League gaffe, the lack of financial stability — Koeman kept the team competitive.

Barcelona won the 2021 Copa del Rey Final and narrowly missed out on a top La Liga finish. However, the team continued to struggle in the Champions League, exiting in the quarter-finals to PSG.

Meanwhile, Miralem Pjanić is on his way out, Ousmane Dembele’s future remains uncertain, and Messi’s contract renewal appears to be steering in the right direction.

Is Koeman the right coach to take Barcelona forward? Let us know on Facebook.