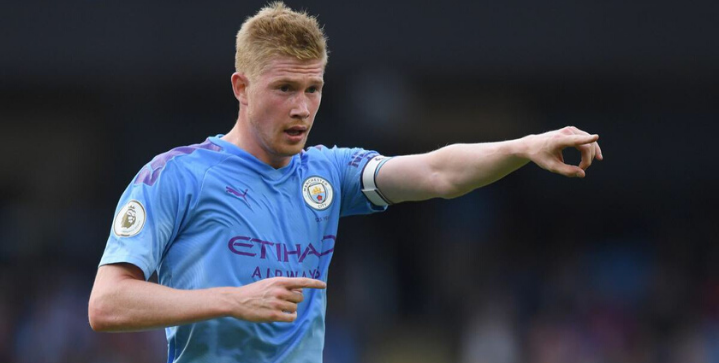 With Kevin De Bruyne’s set to break Thierry Henry’s 20 Premier League assist record in a single season, we’ve decided to take a look back at some of the Belgian maestro’s best assists to date.

Currently, Kevin De Bruyne has 17 assists with 10 games left on the season. The midfield magician records an assist every 196 mins versus Mesut Ozil who records and assist every 212 mins.

In a match against Stoke, Kevin Bruyne provides a delightful through ball through four players to Leroy Sane for the finish.

De Bruyne floats a remarkable lead pass to Sterling who was running into the box. Excellent weight on that pass.

The playmaker extraordinaire sets up Gabriel Jesus for the heading finish.

Kevin De Bruyne takes on three Arsenal players to find a wide-open Raheem Sterling for the finish. Kevin De Bruyne contributed to all three goals with the 3-0 route at the Emirates.

De Bruyne provides a curling lead pass to Jesus that would make even Andrea Pirlo salivate.

The sleek chip finds Lukaku in the World Cup who heads into the back of the net.

Wolfsburg vs. Borussia Dortmund, May 2015

The former Wolfsburg star earned his 21st assist of the season against Borussia Dortmund with this one. De Bruyne still holds the most assists in Bundesliga history (21).