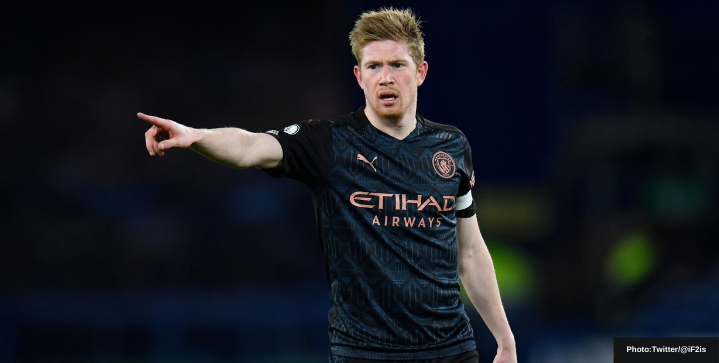 Manchester City’s mission continues as the club renews Kevin de Bruyne’s contract another two years, keeping him at the Etihad until 2025.

The 29-year-old Belgian did all the negotiations himself, with no agent involved. His contract is said to be worth £83M, earning him £400,000-a-week which also makes him City’s highest-paid player.

“I could not be happier,” De Bruyne told ManCity.com.

“Since joining City in 2015, I have felt at home. I love the fans, my family are settled here in Manchester and my own game has developed really well.

“This football club is geared for success. It offers me everything I need to maximize my performance, so signing this contract was a straightforward decision. I am playing the best football of my career and I honestly feel there is more to come.

“Pep and I see football in the same way. Having that relationship with a manager is so important to me because our objectives are totally aligned and we want the same things.

“My focus now is on ensuring we have a successful end to the current campaign. Our results and performances so far have been excellent, but we need to make sure we end the season with the silverware we deserve.”

With Pep Guardiola signed until 2023, De Bruyne is aiming for Champions League glory.

Both player and coach have already won two Premier League titles, an FA Cup, and 4 League Cups together — and continue to hunt down the quadruple this year.

De Bruyne added to his Champions League goal tally yesterday, finishing a decisive counter-attack against Dortmund in leg 1 of the quarterfinals.

He’s now been directly involved in 13 goals in his last 12 UCL matches (4 goals, 9 assists). Man City leads the tie 2-1 with all to play for in Dortmund next week.

The Belgian has either scored or assisted 20% of City’s goals in all competitions under Guardiola, according to data analysis done by the club.

De Bruyne’s total contributions include 65 goals and 105 assists in 255 appearances for Manchester City. The man can kick a football, making a mark as one of the best midfielders in the world right now.