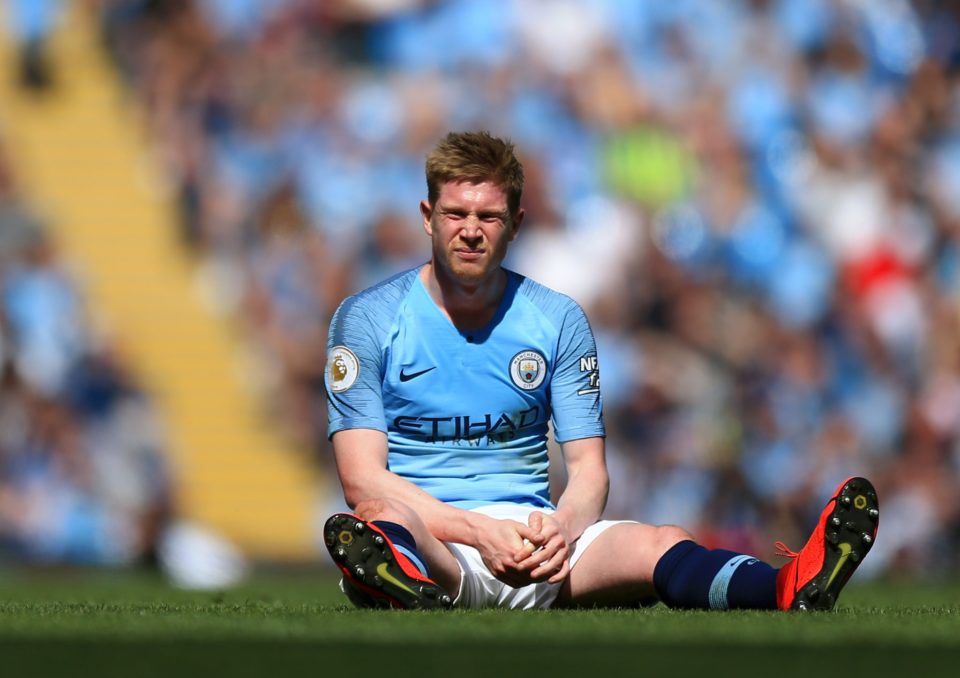 “It is a muscular problem,” said City manager Pep Guardiola. The Belgian midfielder left the pitch in the first half of last Saturday’s match against Tottenham.

“We see day by day but he [De Bruyne] is not available tomorrow.

“He had two or three muscular problems as a consequence of his knee.”

Guardiola still expects De Bruyne to return before the end of the season.

Can Manchester City hang on to win its second Premier League in a row?

The Sky Blues sit just a point below Liverpool on the Premier League table with a game in hand. Wednesday’s derby clash against the Red Devils is a must-win if City wants to secure its second consecutive Premier League title.

Admitted Guardiola: “We are fighting with the best Liverpool ever, one of the best teams I’ve seen in my life.”

However, Liverpool is not expecting Man United to do them any favors. Quipped Virgil Van Dijk, “They need to do themselves a favor.”

Nearly there. Can #Liverpool win its first league title since 1990? ➡️ Link in profile

Should the Citizens drop points, the title will be in Liverpool’s hands.