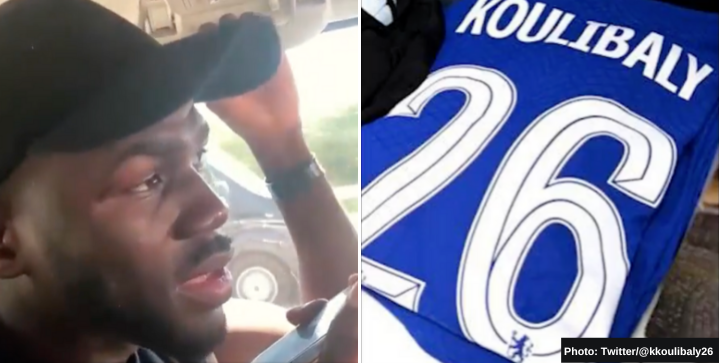 The number has not been worn since by a Chelsea player until now.

With Koulibaly’s £33m arrival at Stamford Bridge this summer, there’s no doubt Chelsea are getting one of the most elite center-backs in world football.

A special player much like the two-footed Terry deserves a special number.

“John I wanted to ask you something because like you know, I played with the 26 in Napoli and I see that, since you left the club, nobody has taken the 26,” the 31-year-old Koulibaly tells John.

“I don’t know if you retired it or if nobody wants to take it, but I wanted to ask you if it’s possible to take it.”

Terry’s provides a classy response, reminiscent of his time at Chelsea.

“Listen, the 26 was very special to me,” says Terry. “Yeah mate, I really appreciate you calling and it’s no problem for me for you to take it, absolute pleasure.

“I wish you well because I know how important the number was to me and I’ve obviously seen you wear 26 as well so, it’s my pleasure mate, I give you the 26.”

The Senegalese defender admits the “heavy” responsibility of wearing such a number but John reassures him by saying “No pressure mate, you’re gonna be winning trophies for us, okay?”

With four games to go, can Liverpool win its first league title since 1990?