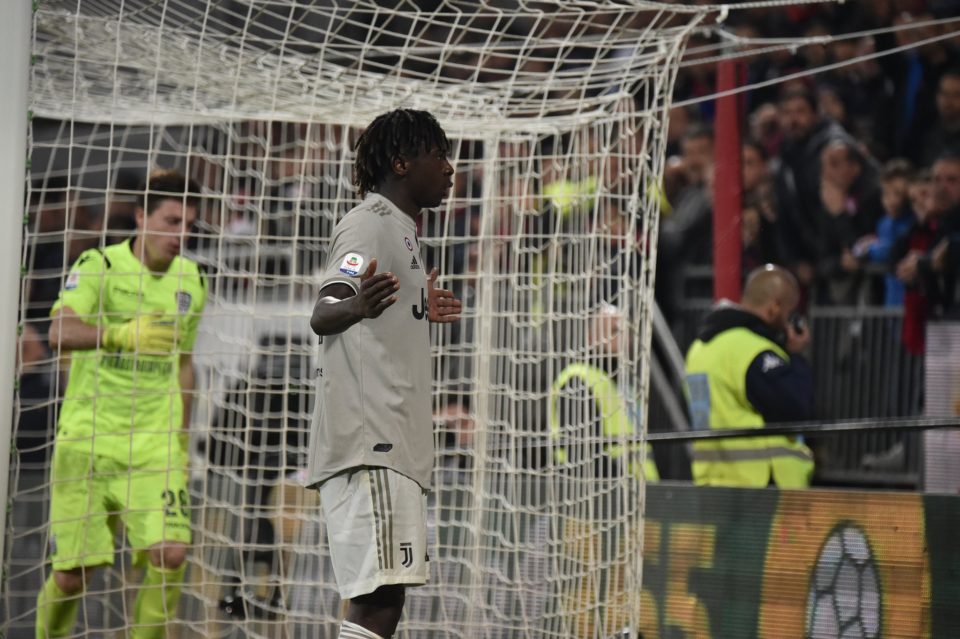 Italian forward Moise Kean was the target of racist abuse yesterday after he scored Juventus’s second goal against home side Cagliari.

An emerging superstar who’s shining in the absence of an injured Ronaldo, the 19-year-old celebrated his fifth goal in nine appearances for the Bianconeri to which Cagliari fans shouted racist insults and monkey noises at the youngster.

After the match, Kean’s teammate Leonardo Bonucci partially blamed Kean for provoking the fans. Said the defender, “You celebrate goals with your teammates. He could have done it differently… I think the blame is 50-50. Moise should not have done that and the Curva should not have reacted in that way.”

Meanwhile, Juve defender Blaise Matuidi nearly walked off before the referee stopped play for a few minutes and warned the crowd–step one in a three-step procedure that calls both teams off the field.

Players and fans alike have come out on social media to show their support for Kean and FIFA’s “Say No to Racism” Fair Play campaign, including players Raheem Sterling, Mario Balotelli, and Yaya Toure. Toure called Bonucci’s remarks a “disgrace” and criticized Juve coach Massimiliano Allegri for advising Kean to “avoid certain gestures.”

Football representatives in Italy continue to look into the matter but have yet to announce a formal apology nor issue any punishment to Cagliari.