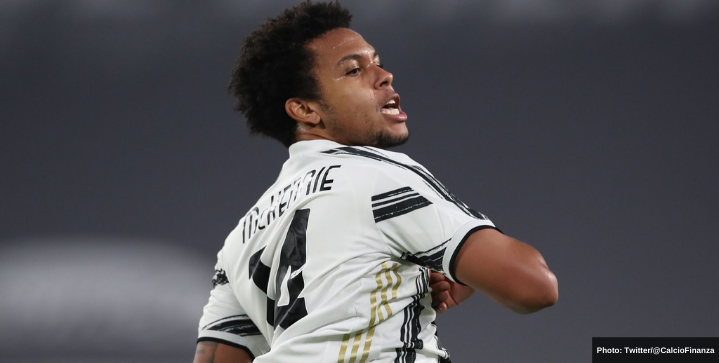 The 22-year-old American starlet has shined during his loan spree from Schalke to The Old Lady.

The deal includes an initial fee of €18.5 million, potentially rising to €25 million with bonuses over the next three years. McKennie joins Juventus on a contract through 2025.

The Texas boy has exceeded expectations

Schalke has a history of developing academy players into world-class talent. McKennie signed to the German side from FC Dallas at the age of 18. Schalke’s previous academy players include Leroy Sane, Julian Draxler, Thilo Kehrer, and Manuel Neuer –all of whom the club sold for a total of 181€, including McKennie.

McKennie is the first American to sign for Juventus and the most prolific American scorer in Serie A history. The player has scored four goals in all competitions, most notably the scissor kick goal against Barcelona in the Champions League.

He’s quickly become one of Andrea Pirlo’s first names on the team sheet.

Juventus issued the following statement on the club’s newest transfer:

“Wes has proven to be a very important resource for coach Pirlo, having already put his signature on important performances and goals. It’s impossible not to think about his goal against Barcelona at the Camp Nou, or the one in the Derby della Mole — his first in the black and white jersey.

“It’s also important to note that he is also the youngest midfielder in this league with at least four goals, as well as the best American scorer in Serie A history. In six of the goals he has actively participated in (four goals and two assists), Juventus have always won.

“It’s because of this, that as of today, he has become an outright Juventus player, with the club having made the move permanent from Schalke 04.”

Already a fan favorite, Juventus fans will be looking for more magic from the American.