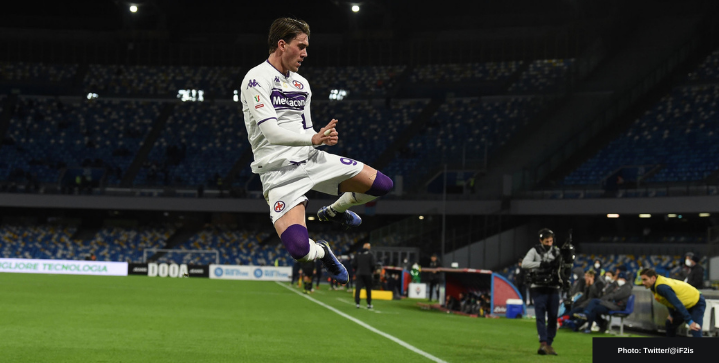 The Dusan Vlahovic January transfer ends with Juventus sealing the deal for one of the world’s most wanted strikers.

The Bianconeri agreed to a €75M fee with Fiorentina for 21-year-old Vlahovic. The Juventus board are now working to finalize the contract.

The Old Lady’s signing of the Serb means Arsenal’s search for a new No.9 continues. The Gunners persisted in their efforts to sign Vlahovic, making an improved bid for €70m for the player, but the player wanted to remain in Italy.

Juventus now have one of the most prolific attackers in European football. Only Robert Lewandowski scored more goals than Vlahovic in 2021.

Vlahovic 33 Serie A strikes equaled Ronaldo for the most goals in Seria A year. The forward is often compared to goal machine Erling Haaland, totaling 41 goals and provided 7 assists for both club and country last year.

Vlahovic also has the third-most goals in Europe’s top five leagues among center forwards this season. With technique and grace, the kid can prove to be a true game-changer for Allegri’s side.