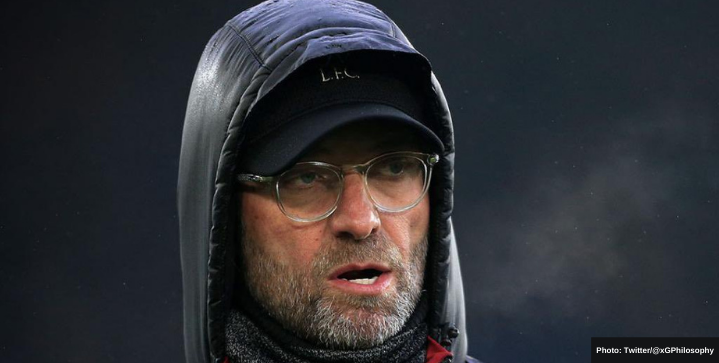 Jurgen Klopp has ruled himself out of taking the job as Germany’s next head coach.

What did Jurgen Klopp say about coaching Germany?

“I have three years left at Liverpool, that’s a simple statement, a simple situation.

“You sign a contract and you normally try to stick to that contract don’t you? I had a contract in Mainz where I stuck with them even though there was interest from other Bundesliga teams with more money.

“It is just timing and if it doesn’t work out you don’t have to lose any sleep over it.

“Jogi Low did an incredible job for so many years. I understand that he wants to have this highlight at the European Championship, try to squeeze everything out that he can in this tournament, and then somebody else will do the job.”

What’s next for Jurgen Klopp?

Klopp’s comments come ahead of Liverpool’s second leg of the Round of 16 against Leipzig in the Champions League.

While the Reds hold an aggregate 2-0 lead, they play hosts at Anfield where the club has lost a shocking six straight Premier League defeats. Liverpool r withave gone eight home league games without a win for the first time since 1951-52.

Klopp dismisses the team’s poor form at home as the problem. Klopp expects his team to make a statement in tomorrow’s match, with or without the Anfield faithful.

“I have said 5,000 times, football would not be the game we love if no one could watch it in the stadium,” said Klopp in today’s press conference.

“We have missed fans as we’ve had one of the best atmospheres in the world. That is no excuse [for our poor run of results] but in difficult times that can help. I can’t wait for the day people are allowed.”