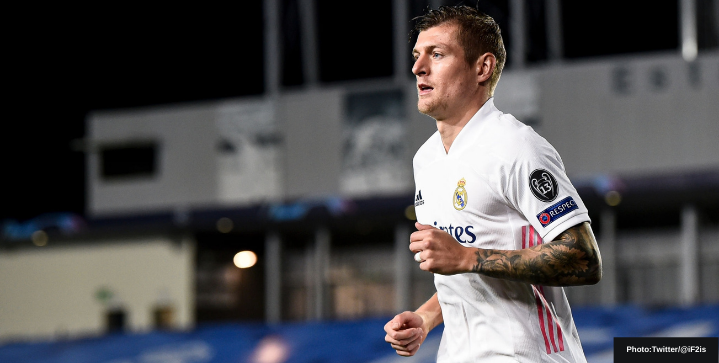 The German midfielder’s contract expires at the Santiago Bernabeau at the end of the 2022/23 season. But Klopp is a huge admirer of his fellow compatriot, with the Reds prepared to bid £20m deal for the decorated 31-year-old.

With the surplus of talent at Madrid — names that include Eduardo Camavinga, Isco, Fede Valverde, and Luka Modric, Los Blancos could be open to letting one depart.

It’s no wonder Klopp wants to bring the maestro over to Liverpool to help strengthen the middle of the park. Recent injuries and dependability issues with Naby Keita, Harvey Elliot, Alex Oxlade-Chamberlain, and Thiago Alcantara make Kroos an important signing.

Kroos’ agent Struth nonetheless denies the Liverpool links, telling Sport 1: “I think that Toni will end his career at Real Madrid. He hasn’t told me in any phone call that he would like to leave. He and his family are very happy in Madrid.”

Would Toni Kroos be a good signing for Liverpool? Let us know on Facebook.