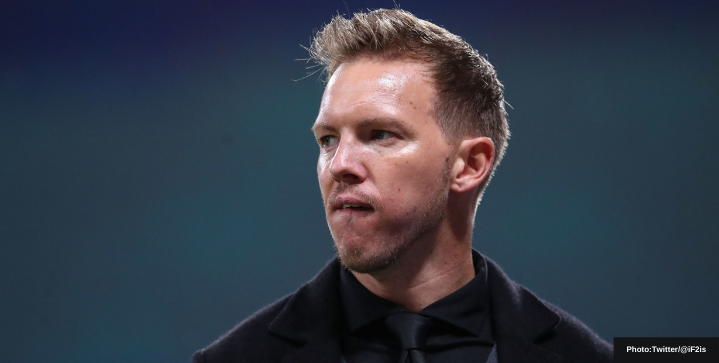 Julian Nagelsmann has agreed to personal terms with Bayern Munich to become the new manager next season, according to SportBild. He’ll be taking over for outgoing coach Hansi Flick, who’s expected to coach the German national team.

The 33-year-old German won’t be leaving RB Leipzig cheaply though, as the club demands a world record payoff between €15 – €20 million for his services. The current highest fee for a manager was €15m paid by Chelsea to Porto for André Villas-Boas in 2011.

Nagelsmann was previously linked with the Bavarian giants months ago but denied the ties, claiming “There are no talks between me and Bayern Munich. Same for my agents.”

Nagelsmann is expected to sign a 5-year contract with Bayern, a club he’s dreamed of coaching since growing up in Landsberg, a town near Munich.

The Bayern deal is bad news for Tottenham, who fired Jose Mourinho last week with the hopes of wooing Nagelsmann to North London. Ajax manager Erik ten Hag is expected to move up Tottenham’s list of managerial targets.

The newest ‘Special One?’

Nagelsmann is one of the best coaches in world football, certainly one most teams would take other than Jurgen Klopp and Pep Guardiola.

He is known for his rapid, attacking style of football which bodes for Bayern goal machine Robert Lewandowski next season.

Nagelsmann will also reunite with Serge Gnabry, whom he coached at 1899 Hoffenheim during the 2017-18 season. Gnabry revealed how much his then and soon-to-be-again boss improved players.

RB Leipzig, who have the best defense in the Bundesliga this season and look to finish second in the table behind Bayern, may also see their star center-back Dayot Upamecano depart with Nagelsmann.

It appears that Bayern Munich are dismantling their main rivals.