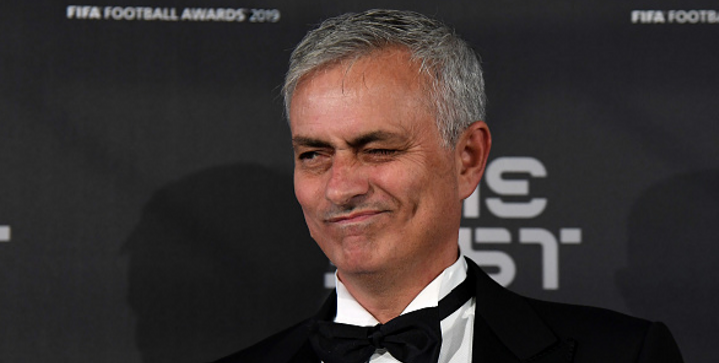 Jose Mourinho has turned down talks with Ligue 1 side Lyon in the hopes that he can land his next job at a top club.

“We had some fairly flattering exchanges over SMS. He did not respond to our meeting proposal because he has already chosen another team,” said Lyon president Jean-Michel Aulas.

The 56-year-old has already rejected an offer from Benfica and a £90million proposal from Chinese Super League side Guangzhou Evergrande.

The former Chelsea and Manchester United boss has been a pundit for Sky sports since his dismissal from Old Trafford last December. But he’s adamant about a return to the management, should the right opportunity present itself.

So where will the ‘Special One’ wind up next? Here are five potential clubs that may be looking to hire the Portuguese coach.

Mourinho’s name has been circulating the media as a possible replacement for Zinedine Zidane. But Mourinho squashed those rumors by showing his support for the Frenchman. “I would not like to return to Real Madrid because they already have a coach, and he’s not just anybody,” said Mourinho. “They’re third or fourth, no? Close to being first,” he added.

Los Blancos sit atop La Liga with 18 points but sit in fourth in the Group A in the Champions League group stages.

Given Tottenham’s opening season struggles and Mourinho biting for another shot at the Premier League, a return to London may be in the books.

Bayern Munich humiliated Pochettino’s side in a 7-2 routing earlier this month. The Spurs also suffered an embarrassing loss against the fourth-tier side Colchester on penalties in the League Cup.

The Spurs boss is still committed to the project, saying in a recent press conference that “I hope we are still talking, in five years more, about my future here.”

Everton have been linked to the former United manager as well. But would Mourinho really join a mid-table club?

Everton have made some key signings over the summer with the likes of Moise Keane from Juventus and Alex Iwobi from Arsenal.

Sitting in 18th place in the Premier League table, Mourinho could help transform the club and break the Toffees into the top 6.

With Neymar intact and Mbappe and Cavani healthy, Thomas Tuchel’s side appear to be turnings things around.

But PSG will be looking to get over the Champions League hurdle this year by getting out of the Round of 16. Failure to do so would surely open up the gates for Mourinho, should he still be looking for a gig.

Neither Manchester United nor Jose Mourinho would dare to repeat this, would they?

United fans laughed at Mourinho when he said that “My greatest achievement was finishing second with Manchester United.” Mourinho has been the most successful Red Devils coach in the post-Ferguson era with a 58% win percentage, above David Moyes at 53%.

Does Mourinho deserve a second chance at Old Trafford?

While Mourinho may be past his best, he’s still one of the most successful coaches of all-time with 25 major honors to his name.

With Pochettino’s shaky start to the Spurs season and doubts over the futures of Christian Eriksen and even Harry Kane, Mourinho may be just the man chairman Daniel Levy will be looking to revive the club.