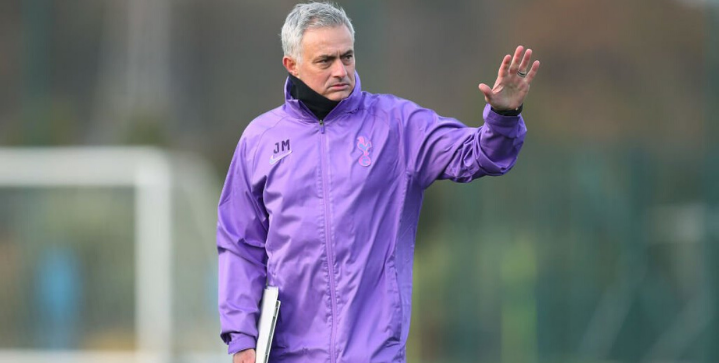 In his first press conference as Tottenham’s new head coach, Jose Mourinho revealed his satisfaction with the Spurs current roster.

“The best gift are the players who are here. I don’t need new players. I just need to get to know these ones better,” Mourinho told reporters.

“I told the players I came here because of them. I tried to buy some for different clubs and some I didn’t even try because you know how difficult it was.”

The comments about Spurs transfer hopes come after Tottenham chairman Daniel Levy told Mourinho the team has no money to spend in January.

The ‘Special One’ is the highest-spending manager in football history. He’s splashed a whopping €1.6 billion through 97 signings across coaching stints in Europe. In fact, he’s spent more money during his managerial tenure in the Premier League (£925M) than Daniel Levy has over 19 seasons (£876M).

Rumors have it that Mourinho is already looking at bringing back Gareth Bale to North London while toying with the idea of re-recruiting 38-year old striker Zlatan Ibrahimovic. Sporting Lisbon midfielder Bruno Fernandes is also on Jose’s transfer wishlist.

Can Spurs win the Premier League under Mourinho?

When asked if the current squad could win the Premier League this season, Mourinho admitted that it was unlikely.

“We can’t win the Premier League this season. Next season, I’m not saying we will win it, but we can win it.”

Spurs sit 14th in the Premier League table. Mourinho’s main objective will be to climb into the top four, as Pochettino achieved in four of his five seasons with the Lilywhites.

Mourinho’s side lines up against West Ham in his first game in charge on Saturday. Watch the game at 7:30 am EST on NBCSN, Universo, or fuboTV.