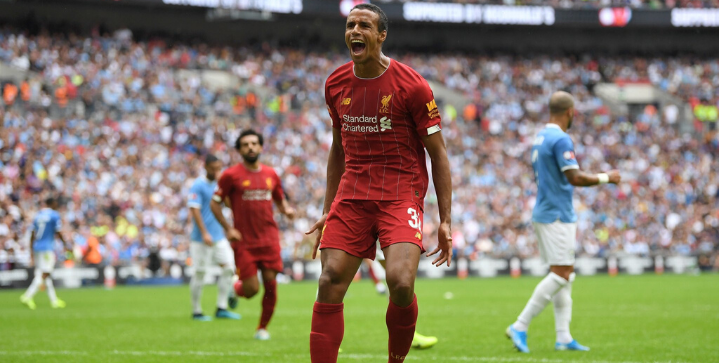 Liverpool ace Joel Matip has signed a new long-term contract at Anfield that will keep him at the club until 2024.

The 28-year-old Cameroon international has played a key role in Jurgen Klopp’s squad the past three seasons.

Despite a series of unfortunate muscle injuries since signing for The Reds since 2016, Matip has still made more interceptions (123) for Liverpool in the Premier League than any other player since the start of the 2016/17 season.

Klopp: ‘He’s world-class and perfect for us’

With 107 appearances for the club, the center-back will be looking to keep up his consistent appearances this season. He joins Virgil Van Dijk as one of the best defensive partnerships in the Premier League.

“From outside, you know Liverpool is such a big club – but when you are inside, then you really get a feeling for how big the club is. In all the countries, the supporters are everywhere. It’s a massive and big club that I think every player would want to play for.

“We have a young and talented team and I think every one of us is hungry. Now we’ve seen how it is to win something and we want to have that feeling again.

“There are a lot of things still to achieve. You never know how it will end, you just have to work hard and do the best you can do. Then we will see.

“It is an honor to be a part of the club. It makes me happy that people think I’ve done a good job and they want to keep me.”

Liverpool have gone 35 games unbeaten with Matip on the pitch. The Reds will try to remain unbeaten in the Premier League this weekend as they take on Manchester United at Old Trafford this Sunday.