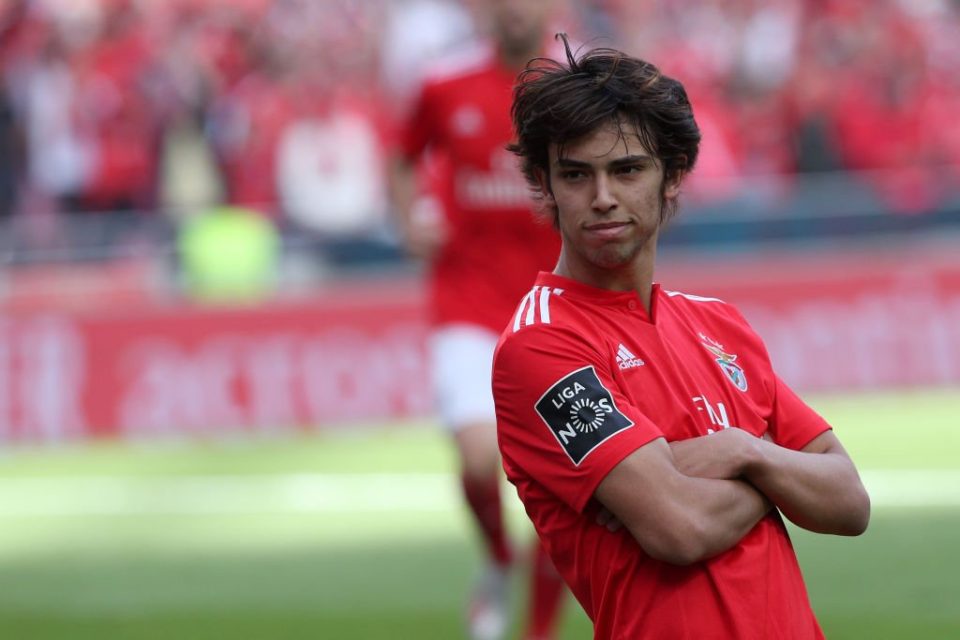 19-year-old Joao Felix is at the top of the radar for Atletico Madrid with a signing to be announced as soon as tomorrow.

Said Atletico coach Diego Simeone, “He is one of the options. Historically, Atlético Madrid buy players to develop them, like Oblak, Giménez, Griezmann … We want a talented guy who can absorb our ideas.”

With Antoine Griezmann on his way to Barcelona, the Atletico side will be looking for some attacking reinforcements. Felix fits the bill — the forward became the youngest-ever player to score a hat-trick in Europa League back in April of this year.

At 120 million euros, the deal promises to be the fifth most expensive transfer of all-time, behind Neymar, Kylian Mbappe, Philippe Coutinho and Ousmane Dembele.

The Portuguese starlet earned his first international cap in the Nations League semi-final against Switzerland earlier this month. It’s still premature to call Joao the next Ronaldo, but his goalscoring and creativity look promising — he netted 20 goals and racked up 11 assists last season with Benfica.

Given the teenager’s natural talents and Atletico’s reliable system of churning out world class players, Felix’s bright future in the red and white gets the benefit of the doubt.