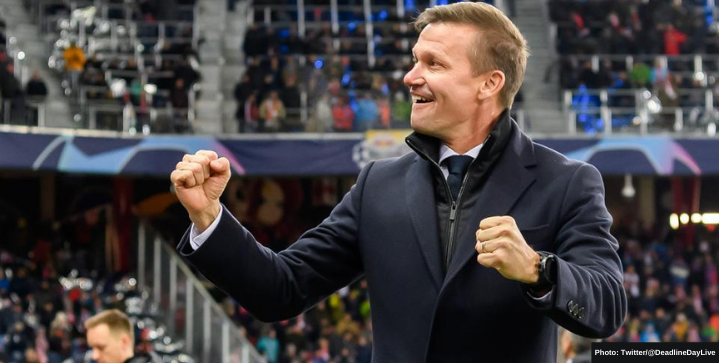 The replacement for Julian Nagelsmann is already here. Jesse Marsch will become the new head coach at RB Leipzig starting next season, according to Kicker.

The 47-year-old Marsch has been a part of the Red Bull family since 2015, where he was named head coach of the New York Red Bulls. He guided the club to the 2016 Supporters’ Shield and remains the all-time winningest coach in club history with a record of 75–32–44.

Marsch left the Red Bulls to become the assistant manager of RB Leipzig during the 2018-19 term. He helped the club achieve a record-breaking Bundesliga season, earning the club third place before leaving to take over the head coaching job at Red Bull Salzburg.

Under Marsch, Red Bull Salzburg won the Austrian Bundesliga and cup. He also helped groom Erling Haaland into the superstar he is today before the Norwegian transferred to Borussia Dortmund.

Marsch may not be as good a tactician as Nagelsmann but he’s a fantastic motivator. He’s a great teacher and a better leader. He’s also the man that RB Leipzig need to keep Bayern Munich on their heels.