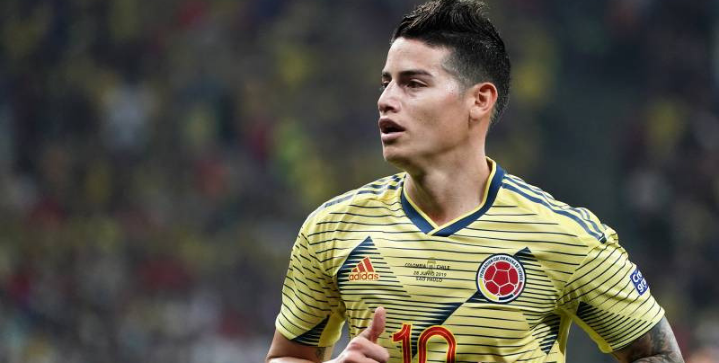 After being tipped for arrival at Napoli to reunite with coach Carlo Ancelotti, Colombia international James Rodriguez now appears to be nearing a transfer to arch-rivals Atletico Madrid.

James, who spent the last two seasons on loan to Bayern Munich, remains an outcast at the Santiago Bernabéu. However, Real refuses to let him go for anything under the €42 million asking price.

“James wants to play for Napoli, but Madrid are asking for too much money,” said Napoli president Aurelio De Laurentiis last week.

Atletico has been closely monitoring the situation and have now become frontrunners to land the 28-year-old winger. According to Marca, James is also the club’s preferred choice over Tottenham playmaker Christian Eriksen who’s demanding at least €20 million more.

Despite breaking the bank to sign 19-year-old starlet Joao Felix for £113m, funds from the sales of star players Antoine Griezmann to Barcelona, Rodri to Manchester City, and Lucas Hernandez to Bayern Munich enable Atletico to acquire another star man.

According to ESPN, James is also keen for a move to the Wanda Metropolitano. The swap across town would no doubt reward Atletico who will benefit from James’s individual brilliance.

In the meantime, the saga rolls on with the race to finalize signings prior to the transfer window closing on September 2.