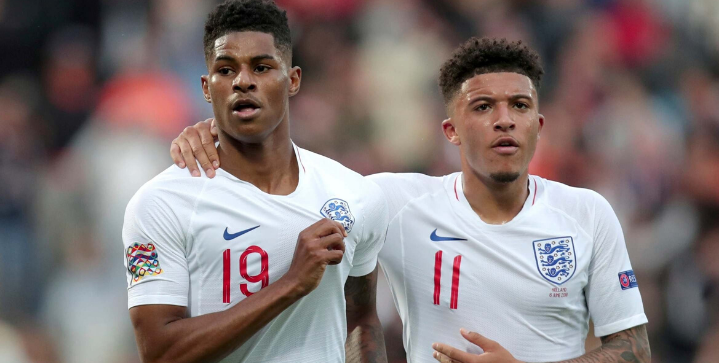 Jadon Sancho wants to leave Dortmund after the end of this season according to the Daily Mail.

The teenager signed for Dortmund from Manchester City in 2017 with the ambition to get more playing time. He has since starred for the German giants where he’s scored 18 goals and produced 30 assists in 69 appearances.

However, his prolific start to this year’s Bundesliga campaign has hit a snag. Dortmund fined the youngster €100,000 last month and suspended him for one game given his late return from international duty.

Dortmund boss Lucien Favre also substituted Sancho in the first half in the team’s most recent match against Bayern Munich — Favre later admitted that Sancho’s performance “was not good enough.”

Is Dortmund ready to part ways with their star talent?

According to 360sources, Borussia Dortmund are prepared to sell the English starlet as soon as this January if the German club receives an offer valued at £140 million or more.

While Premier League club Manchester United have expressed their interest in penning the youngster, Liverpool are prepared to hijack any potential transfer to Old Trafford.

Liverpool boss Jurgen Klopp wanted to sign Sancho before the winger moved to Dortmund in the summer of 2017.

Sancho provided the key assist to open Tammy Abraham’s England scoring account in yesterday’s 7-0 routing of Montenegro. Since then, rumors have also circulated that Sancho could join Abraham at his boyhood club, Chelsea.