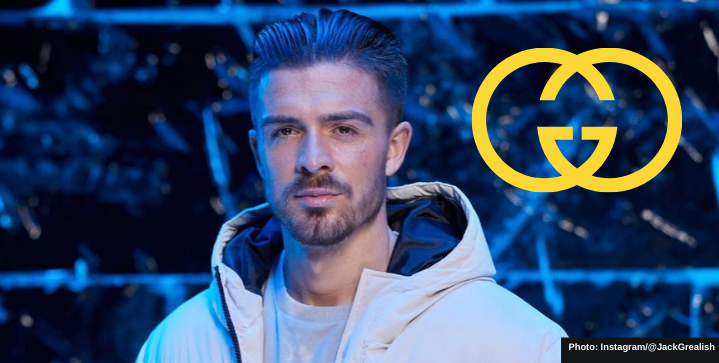 Manchester City and England star Jack Grealish is close to agreeing to a £12m a year deal with Italian brand Gucci, according to The Athletic.

He’ll become the first footballer to become an ambassador for the world-renowned fashion giant.

The 26-year-old became the most expensive incoming Premier League player in history after making a £100 million transfer from Aston Villa to Man City last summer.

Gucci’s first ambassador from the world of football

Still very much the golden boy of English football, combined with good looks, big calves, and myriad hairstyles to boot, Grealish has taken on the global appeal of David Beckham. He’s previously partnered with the likes of Louis Vuitton, Dior, and boohooMAN.

Man City and international teammate Kyle Walker celebrated the sponsorship news by giving his teammate the nickname “Mr Gucci” at their last training before their Champions League clash against Atletico Madrid on Tuesday.

Will the designer label release Gucci x Grealish socks and Alice bands before the World Cup? Stay tuned for more.