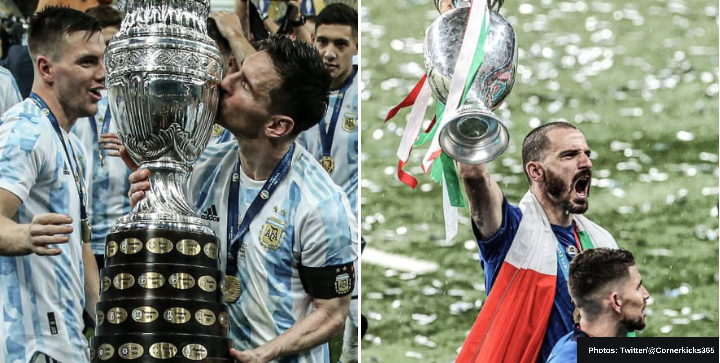 Italy and Argentina will play against each other in the inaugural Copa EuroAmerica match in June 2022.

CONMEBOL announced the agreement with UEFA earlier today. The two governing bodies have discussed the idea since the summer, as the two try to build closer ties amid power struggles with FIFA over the future of football.

The stadium, however, has yet to be decided. The San Paolo/Diego Armando Maradona Stadium is one of the venue options.

The last time the two nations met at Napoli was during the 1990 World Cup semis when Maradona’s side beat the Italians on penalties.