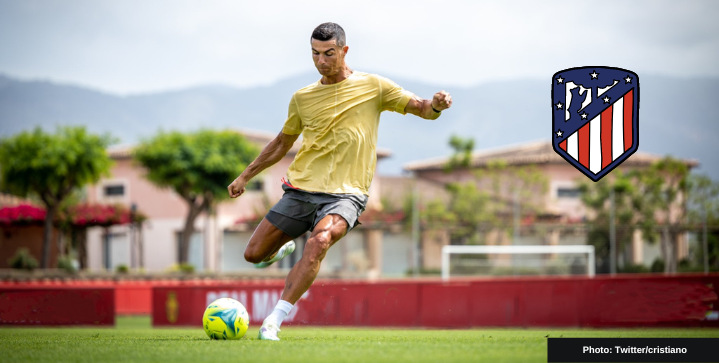 Atletico Madrid have held initial talks about the signing of Cristiano Ronaldo from Manchester United.

The 37-year-old is on the hunt to play for a Champions League contending team next season after United finished 6th in the Premier League.

Ronaldo is United’s only squad member not included in the club’s pre-season tour due to personal reasons.

Red Devils’ new boss Erik ten Hag admits that he still hasn’t spoken to Ronaldo since the forward announced his intention to leave the club. However, Ten Hag remains confident of the legend’s return.

“He is training. I think we all know Ronaldo is a top professional and he will be fit – that is the last concern I have,” Ten Hag told Beanyman Sports ahead of his team’s pre-season clash against Crystal Palace in Melbourne, Australia.

It seems rather unlikely that Ronaldo, a Real Madrid legend who’s played more editions (20) in the Champions League than Atletico (17) would go anywhere near Real’s crosstown rivals.

But Ronaldo is desperate to leave United and reportedly admires Atletico boss Diego Simeone, despite crushing the Argentinian’s hopes on multiple occasions. Even Simeone’s son, Ginaluca Simeone, liked a tweet about Ronaldo joining his dad at Atletico.

According to AS, Ronaldo is an ideal replacement for Luis Suarez who departed the Metropolitano at the end of last season. But the club will need to raise some funds first, with rumors indicating Alvaro Morata and one other player could be sold. Ronaldo may also have to take a pay cut.

“You take Cristiano Ronaldo to war alone and you win, you have to take all the FC Barcelona teammates to Messi so he can do something,” once said Simeone.

With Ronaldo already having rejected a monster €275m offer from a Saudi Arabian club this summer and personally played down a return to Sporting Lisbon, a move to Atletico could be in the cards.