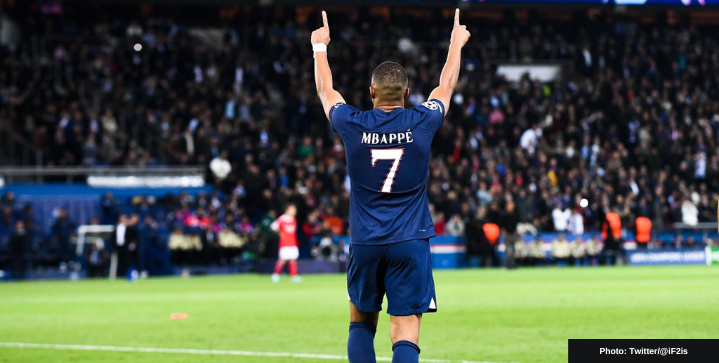 But Mbappe’s record also comes at the strangest of times for the player and club. The Frenchman reportedly told PSG earlier today that he wants to leave the club in the January transfer window.

Mbappe’s desire comes just 143 days after he signed a new contract at PSG. In other words, he immediately regrets signing the big-money £650,000-a-week contract extension, and now it’ll take a world record fee — more than the €222m PSG paid to release Neymar from Barcelona — for the player to leave.

Late last month, Mbappe got into a feud with teammate Neymar over penalty-kicking duties. But the enmity obviously ran deeper.

“He feels betrayed by the club in the sense that all the things the club promised him when he signed that new deal until 2025 have not happened,” said French football expert Julien Laurens on Mbappe’s situation at PSG.

According to Le Equipe, PSG promised Mbappe that the club would sell Neymar and sign a more traditional number nine like Robert Lewandowski so the Frenchman could play with more freedom. That denial and Mbappe’s weakening administrative power could be the center of the player’s frustration.

Is ego Mbappe’s biggest enemy? Possibly, and Real Madrid fans might be the next club to find out.