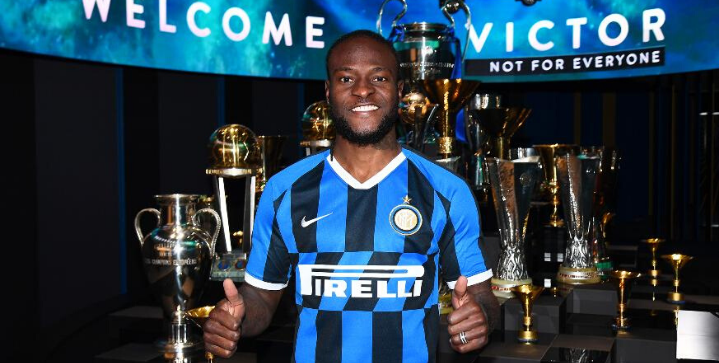 Inter Milan have completed the loan signing of former Chelsea winger Victor Moses until the end of the season. The agreement also includes an option to buy for £8.5million in the summer.

The 29-year-old Nigerian winger will reunite with coach Antonio Conte. The two previously worked together at Chelsea where they won the 2016-17 Premier League and 2017-18 FA Cup together.

Conte looks to Moses as part of Inter Milan’s rebuild

“Having the opportunity to work with the coach again is something I’m really happy about,” Moses told Inter TV.

“I have spoken to him and he has already explained the club’s project to me. I want to be part of it, I’m happy to be here.

“I’ll give my all and want to help the team. There’s a lot of quality here, I want to make my contribution out on the pitch and enjoy myself. That’s the most important thing.”

The move to the San Siro means that Moses cuts short his 18-month loan in Turkey playing for Fenerbahce.

Moses becomes the 7th Nigerian to play for Inter Milan. He will wear the number 11 for the Nerazzurri and will pair up with new signing Ashley Young on the other flank.

Inter Milan are currently in second place in the Serie A with 47 points, looking to break Juventus dominance of eight consecutive titles running. Inter won their last league title during the 2009/10 season under Jose Mourinho.