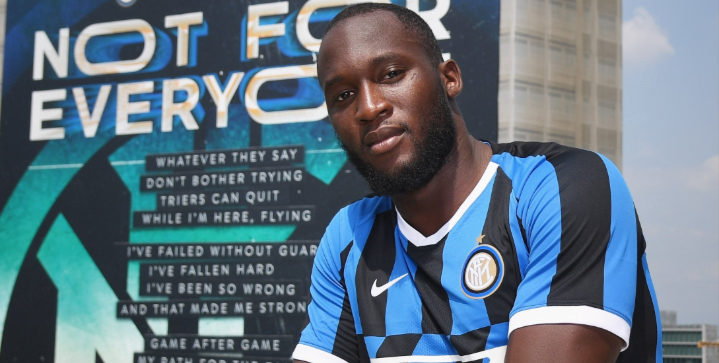 Inter Milan completed the signing of Romelu Lukaku from Manchester United for €80M. He becomes the third most expensive signing by a Serie A club.

The Belgian wantaway has been pushing for a transfer since the start of summer. United fined him earlier this week for missing the first two days of training while his agent finalized the deal with Inter.

Lukaku has long been an admirer of Antonio Conte as well, expressing his admiration for the coach soon after the Italian took the job in May. Conte is “best coach in the world,” stated Lukaku. Meanwhile, Lukaku never saw eye to eye with Ole Gunnar Solskjær.

Lukaku initially agreed to a swap deal with Argentine forward Paulo Dybala at Juventus, but Dybala rejected a move to Old Trafford. The cards worked out in his favor.

Not good enough for United?

Lukaku scored 10+ goals in each of his seven full Premier League seasons, 42 total in 96 appearances with United. But he was often criticized for being slow and having a poor first touch.

Said Gary Neville: “Lukaku admitted he was overweight! He is over 100kg! He’s a Manchester United player! He will score goals and do well at Inter, but unprofessionalism is contagious.”

Say what you want to about Lukaku, but he scores goals. And as Lukaku finally links up with Antonio Conte tactics, expect to see many more strikes including those in Champions League.