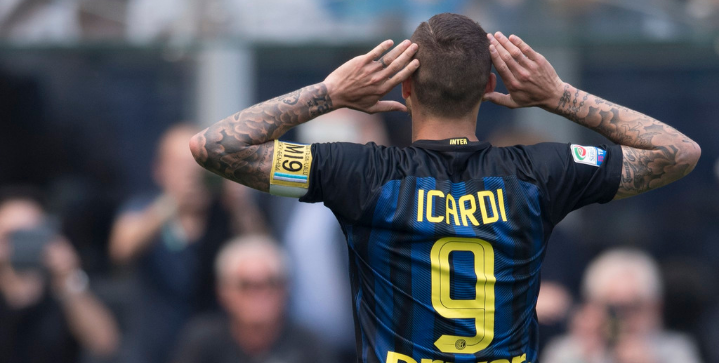 Argentina international Mauro Icardi is not in Inter Milan’s plans for next season. New coach Antonio Conte has already excluded his #9 from the team’s tactical drills for the first two days of pre-season.

The 26-year-old has been a point of contention for the Nerazzurri given his acrimonious relationship with the club’s supporters. Icardi released a book entitled Sempre Avanti (Always Forward) in 2016 that threatened Inter’s ultras, the club’s special fan base.

The ultras are keen to see Icardi leave the club despite his captaincy and productivity on the field. Icardi is a proven scorer, netting 124 goals in 219 appearances for the team and spearheading Inter’s first appearance in the Champions League in six years.

Juventus are the front-runners to sign Icardi, offering around €50m to sign the striker. However, Juve may first need to offload Mandzukic and Higuain to help fund the Icardi acquisition.

Napoli are said to be potential suitors for Icardi with Carlo Ancelotti’s eyes on James Rodriguez as well.

There is little doubt Icardi is an unwanted man at Inter with the team’s CEO Belle Marotta saying that Icardi is “not functional to our idea of a project.” With all parties finally talking and making offers, the Icardi transfer saga could be over sooner rather than later.