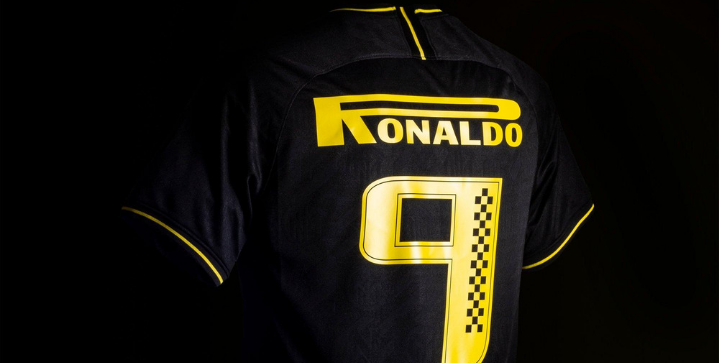 Inter Milan and Nike have released a beautiful black and yellow third kit for the 2019/20 season.

The black colorway and bright yellow trim pay homage to the 90s when Brazilian Ronaldo donned the Pirelli sponsored shirt inspired by the city’s heritage of motorsport. Nike applied its classic ‘Futura’ logo where the Umbro one used to be.

Inter won the 1998 UEFA Cup in Ronaldo’s first year with the club.

The shirt’s crew neck collar is an adaptation of the 2010’s treble-winning team that garnered a Champions League, Coppa Italia, and Serie A title.

“We took inspiration from two very special uniforms and kept the elements in line with the 90s themes that characterize the current streetwear, creating a kit that we hope truly captivates all the fans.”

Inter look to get back to winning ways this year under new boss Antonio Conte and fresh signings Romelu Lukaku and Alexis Sanchez.