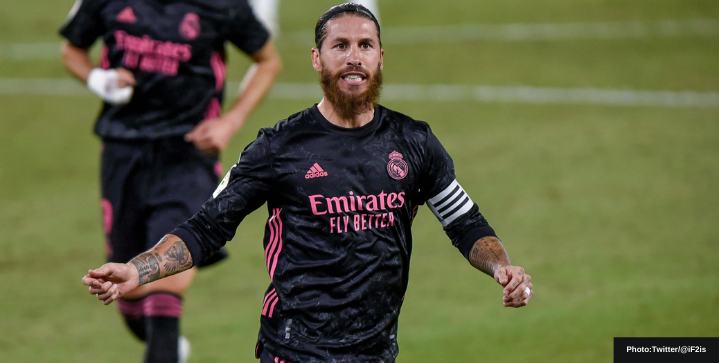 Real Madrid captain Sergio Ramos suffered a calf muscle injury on international duty and is reportedly for a month.

The central defender expects to miss both legs of Real Madrid’s Champions League quarter-final against Liverpool along with the El Clasico on April 10.

What Ramos said about his injury

Ramos confirmed the injury in a post on Instagram, saying that he’d be absent for “key games that will decide the season”.

“To be honest it’s been a tough few weeks for me,” Ramos penned in an open letter to fans. “After the game yesterday I stayed out on the pitch to train and felt a sharp pain in my left calf. I underwent tests today which confirmed that I have a muscular injury.

“What causes me even greater pain is not being able to help the team during these key games in which we will be playing to decide the season and not being able to repay all of you for the affection you give me. All I can do is speak frankly, work hard and support the team with my soul.”

How big a miss will he be?

Real Madrid play Liverpool in five days in what was deemed to be part two of Sergio Ramos vs. Mo Salah.

For all those fans looking for a Ramos Mo Salah reunion, you’ll have to wait.

Where to for Ramos next season?

Ramos comes a free agent at the end of the season if he doesn’t sign a new deal at the Santiago Bernabéu.

The 16-year Real Madrid journeyman seemed to have squashed rumors about exiting the club earlier this week.

“I’ve already been clear about my future,” he said.

There is no news about my contract… I’m focused on playing well and giving my best version. With Real Madrid we play almost the entire season in a week. I’m looking forward to it”.

The 35-year-old is one of the best central defenders to ever play the game, notching a World Cup, two Euros, five La Liga titles, and four Champions League trophies.