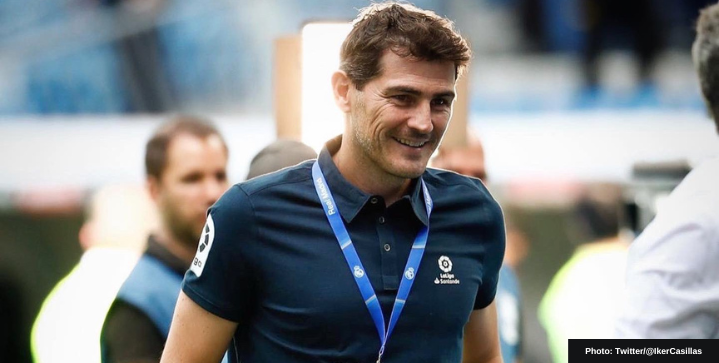 Spanish goalkeeping superstar Iker Casillas deleted a tweet on Sunday saying he was gay. “I hope you respect me: I’m gay. #happySunday,” said the original tweet, a claim he quickly repealed.

The Real Madrid legend deleted the “joke” social media post after it started to go viral with 50,000 reshares. But by then, it was a little too late. Casillas’ former international teammate Carles Puyol immediately replied to his friend, saying, “The time has come to tell our story, Iker.”

Both Casillas and Puyol issued immediate follow-up apologies in attempt to save face.

41-year-old Casillas, who has two kids with his former wife, was reportedly trying to deflect media attention from reports that he’s dated several women since his divorce last year.

“Hacked account,” tweeted Casillas. “Luckily everything in order. Apologies to all my followers. And of course, more apologies to the LGBT community.”

Puyol also issued his own apology later on Twitter:

“Sorry for a clumsy joke with no bad intentions and totally out of place. I understand that it may have hurt sensitivities. All my respect and support for the LGTBIQA+ community.”

Both Real Madrid and Barcelona also unfollowed their respective players to protest the behavior. The two La Liga giants go head to head in El Clasico this Sunday, tied with 22 points a piece.

Professional footballers — Josh Cavallo of Adelaide United and Blackpool teenager Jacke Daniels — have recently come out to much applause. But Casillas’ words are a subtle reminder of how much more education needs to be done.