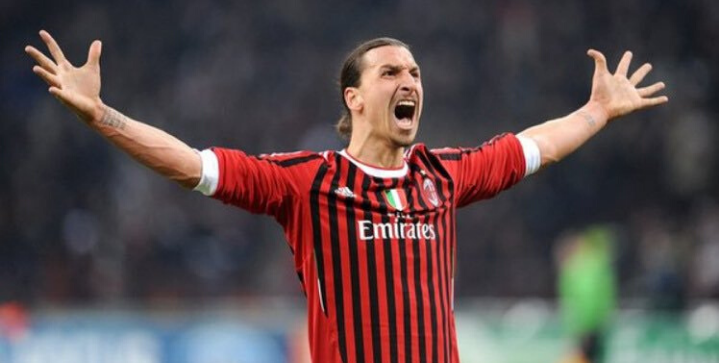 First it was Spain, now it’s Italy. The 38-year-old Swedish forward Zlatan Ibrahimovic is on the radar of Serie A giants AC Milan.

According to MLS commissioner Don Graber, Ibrahimovic will sign for AC Milan after his contract with the Los Angeles Galaxy expires in December of this year.

“Zlatan is such an interesting guy. He keeps my hands full and my inbox full,” Graber told ESPN.

“He’s a thrill-a-minute and you need to have those guys that are breaking through the clutter like David Beckham did in the early days.

“And he is a 38-year-old guy who is now being recruited by AC Milan, one of the top clubs in the world.

“He has almost set records with how many goals he has scored over the last two years and he’s exciting on and off the field, right? He certainly keeps our hands full.

“I’d love to see him back but that’s going to be up to the LA Galaxy. I have enjoyed the Zlatan moments, particularly when he speaks to me in the third person.”

The return of Zlatan to the San Siro

A transfer to the Rossoneri wouldn’t be Zlatan’s first time to play for AC Milan — he scored 42 goals for the Serie A side in just two seasons at the San Siro from 2010 – 2012.

In 11th place, AC Milan is looking for serious offensive reinforcements to boost their chances of moving back up the table. Napoli head coach Carlo Ancelotti is also said to be interested in recruiting Zlatan, having called the Swede in October.

“I have a great deal of affection for him, I saw he scored 29 goals in 30 MLS games. Tomorrow, after I’ve called him, I’ll let you know how it went!,” said an enthusiastic Ancelotti.

With 52 goals in 57 MLS appearances, it’s no wonder that Zlatan is still a wanted man despite his age.